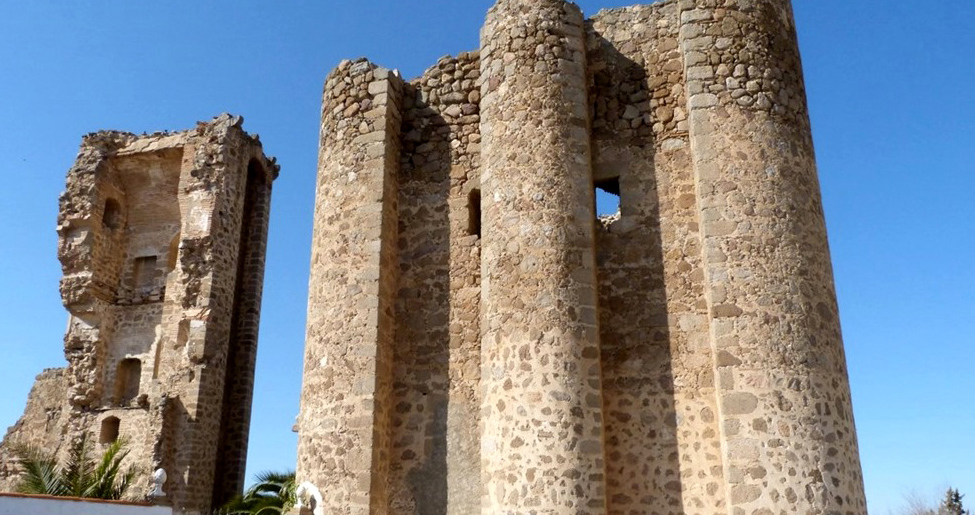 The buttresses of its towers are very interesting; they are similar to French military castles of the 11th and 12th centuries (Chavingy, Flaise and Loeches). But its attractiveness doesn’t end there: these buttresses are joined in rounded arches made of brick in the tallest tower. Overhead, various granite modillions, jutting out from double machicolations, display a typical example of the medieval military architecture in Toledo.

It was an enormous castle, judging by its remains and the perfectly preserved gate, which leads to the town square, away from the fortress itself. Its system of machicolations, on the Western facade, the only one which is preserved, had superficial projected scaffolding. A unique system in Spain, which must have been copied from the French fortresses. It presents a large variety of windows, which range from a rounded arch opening, others like loop holes, some straight edged and one with segmental arches of ashlars, to the most elaborate decorated with pearls, which must correspond to one of the last remodelings.

Its history is a complete mystery but there are reports from the year 1116 during a battle between the Christians of Toledo and the Muslims of Oreja. The  governor Farax Abdalí was defeated near the Christian castle of Polán, which perhaps by then was under construction.

It is owned by the city council of Polán, and you can freely access the exterior.

Different archaeological finds like a Roman funerary stele, place Polán in contact with the Roman era. Its place name “pola” refers to “puebla” (from the verb to settle, occupy, or otherwise inhabit), a Christian repopulation that was carried out between the Reconquest of Toledo by Alfonso VI and the later border expansion to the South of the Tagus, once under the reign of Alfonso VII, who divided the territory in four parts, one for Domingo Abumelec, and three for the Mozarab Miguel Azarafi, who split half of his part among forty six townsmen who, by means of a municipal carter, founded Polán.