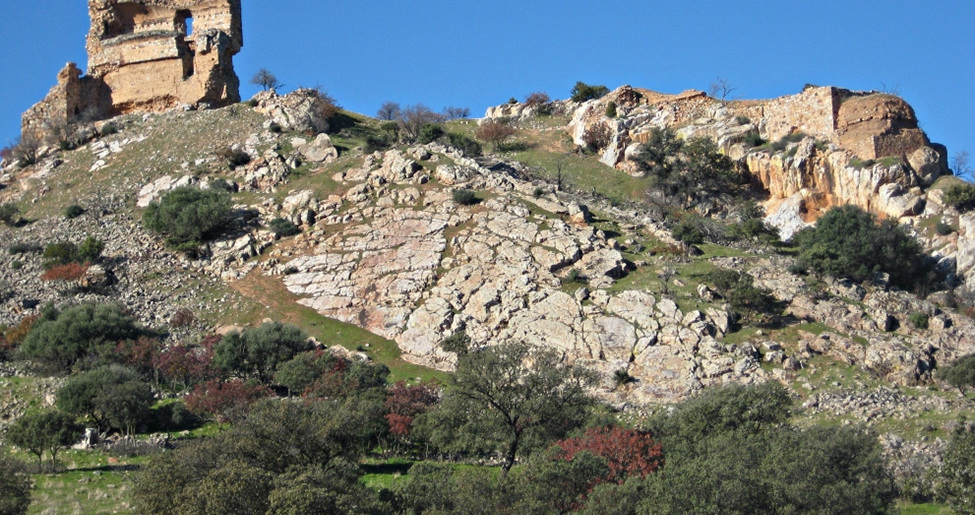 Salvatierra is an opportunity to enjoy and excellent military observation point, at the foot of the cerro de La Atalaya (hill of the Watch Tower) before surrounded by other small fortifications such as Castilviejo. The Romans had already used it to watch over the passage of people on its road, between Córdoba and Toledo, regional hubs of Hispania. Later, Christians and Muslims would fight over it to guarantee the passage of their armies, in both cases to invade the neighboring territory.

The origin of the castle lies in the previous existence of one of the watch towers that flanked a Roman road that ran through the region, and above which the Muslims built a fortress. It is estimated that its first construction by the Muslims dates to the years 850-860, and partly served as control among Arab kingdoms, although it acquired its most relevant role as controller of the Sierra Morena pass and the Puerto (gate) del Muradal, at the end of the 12th and beginning of the 13th centuries, when the Christian advanced put the dominance of the Muslims in danger.

From this moment, Salvatierra was the center of attention in as much for the Christians as for the Muslims. For the Christians it was an excellent military observation point that was surrounded by other small fortifications such as Castilviejo, and for the Muslims it was important for the control of the possible access of Christian forces towards Al-Andalus.

There is a direct entry point from the highway by a road calledde la Bodega, that joins with that calledcamino del Castillo, which leads to the south face of the fortress, where there are still remains of the old road.

The most relevant events that have to do with the castle took place in the battle of Alarcos and the the battle of the Navas of Tolosa.

The battle of Alarcos was a great Christian loss, because the Christian king Alfonso VIII launched the fight without waiting for the aid of the kings from Navarra and León. His horses were massacred by the Almohads, and the king, wounded, taken by force from the battle. But he vowed to avenge himself.

And the vengeance took place years later, in the battle of the Navas of Tolosa, which marked the end of Muslim control in the Iberian Peninsula. During this conflict, the caliph Al-Nasir, called Miramamolín by the Christians, fled hastily seeing himself defeated, while his guardsmen were massacred in a terrible carnage, but faithful to maintain themselves at their posts, just as the escaped caliph had promised.

The Muslim horsemen would return to take Salvatierra, maintaining it, to wash the honor of the shameful conduct of their leader, and even though, at their backs, the Almohad Empire disintegrated.