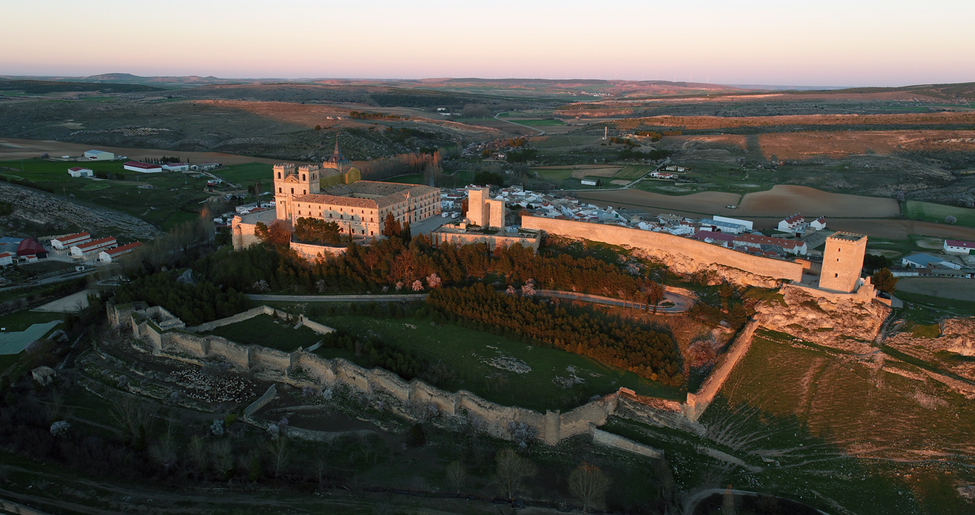 One square kilometer surrounded by walls and turrets. So impregnable that it was never conquered, it was converted into a monastery in the 16th and 17th centuries, and called, for its great beauty, El Escorial of La Mancha.

From the primitive castle we can see the Tower of Palomar, that of Póntido and Albarrana (tower outside the fortress), the only ones that are preserved. The Albarrana tower is in reality the New Castle constructed in the 15th century. Additionally, the Christian albacara (tower rising from the fortress) is exceptional: a space with the shape of saw teeth, a meeting place for knights.

It was built during the 10th century, forming part of the Marca Media, the border territory established to defend the caliphate of Córdoba from the Christian advance. It was never conquered, and it continually passed from Muslims to Christians by accords and exchanges. In the 12th century it would definitively become part of Castile, and headquarters for the Order of Saint James.

A store inside offers regional products.