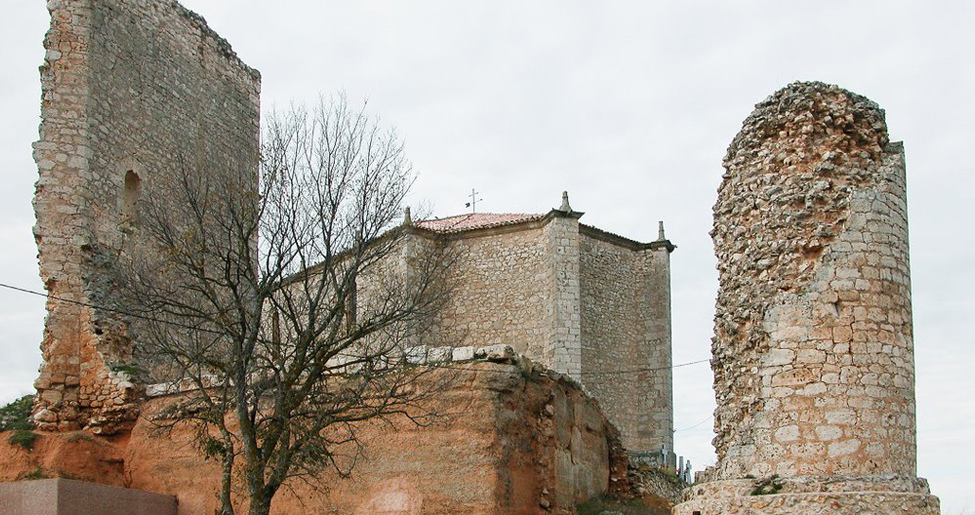 In addition to being a perfect example of fortresses built in the 15th century, intended to sustain artillery fire, it preserves an interesting cistern from the 16th century, and it is a castle of the meseta that completes the wall that surrounded the town.

It preserves a wall of its large tower keep, with four floors, and a barrel vault with ribbed arches in the upper floor. Its interior structure, in view, allows you to see them. A cylindrical turret, remains of two others, and the cistern ordered to be built by the Count of Tendilla in the 16th century. It is shaped by a room 10 meters long, and two pointed vaults separated by an arcade of smooth shaft columns.

Pedro Laso, the first son of the Marquis of Santillana, was its builder. After his death, Diego Hurtado de Mendoza, future Duke of Infantado, took over. The fortress was never used for military purposes, and was intended as a weapons depot, used in the conquest of Granada by the Mendozas.

The weapons deposited in the castle by the Mendozas were turned in, when they were at that point unusable relics, in the 16th century, to the Brotherhood of the Holy Sacrament of Valefermoso, who used them as military vestments to escort the Holy Sacrament in its procession of Corpus Christi. The Duke Juan Hurtado de Mendoza didn’t like this and sued the mayor of Valfermonso, his inferior, Gabirel Ramierez.