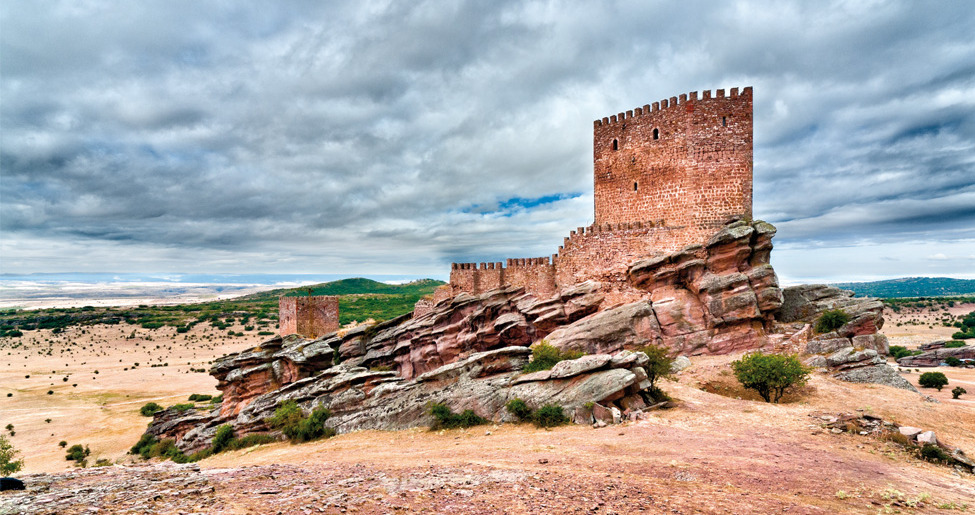 Magnificent example of a castle built upon a rock from the 12th century. Its walls rise up above the rock, resulting in a spectacular view of the tower keep from its base.

Partially restored, we find part of the walls that shaped the city wall, with battlements and reinforced with towers at its corners. In the Parade grounds the cistern is preserved and the tower keep presents a gothic door with pointed arch. Its interior has a spiral staircase that allows access to the upper terrace.

In the 16th century it was affirmed as one of the strongest castles in the kingdom, which amazed everyone and they told of its difficulty in accessing it, the ingenuity of its entry, and its capacity to house in a certain area - now unknown to us (perhaps inside the rock) - more than 500 men.

It is mentioned in the first Fuero de Molina (regional codes/laws), given by Don Manrique de Lara,  which suggests its origin as an Arab fortress. During the time of king Ferdinand III the Saint, the third lord of Molina, Gonzalo Pérez de Lara, having rebelled against the monarch, took refuge in the castle. Due to the impregnability of the castle, they had to make the pact “Concordia de Zafra” (Accord of Zafra), by which the actual Molina de Aragón would pass to form part of the crown of Castile upon the death of Don Gonzalo, loosing its condition of independence.

You can only visit the outside.

In 2016, scenes for the sixth season of the popular series Game of Thrones were filmed here. In the third episode, in a long scene of more than five minutes, the castle appears as “The Tower of Joy”.

The space marked by the walls of the fortress is an enigma to historians in that it barely leaves room for a weapons cache nor storage space for provisions. The hypothesis can be considered that large caves carved into the rock upon which it sits existed.