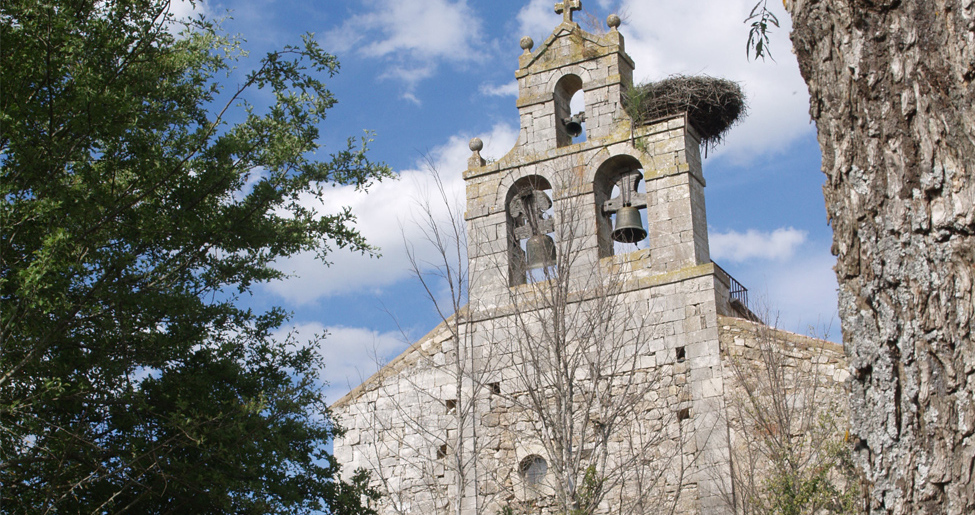 A small town of the Sierra in the Bornova valley, tributary of Henares, to which one arrives passing by Cogolludo and taking the route directly to Galve de Sorve. In 1972, one of the possessions of the Ducal house of the Infantado, the town of Aldeanueva de Atienza, was incorporated into its municipality. The union has made the urbanization the most interesting part of this town of less than 200 inhabitants. It belongs to the Black Architecture of Guadalajara.

Various examples of two-story houses made of quartzite are preserved here. The stables and entryway were in the ground floor; the living and sleeping spaces were together in the second. They also have an attic or loft-space to store provisions. Among those that are preserved in the town the oven, forge, and livestock enclosures stick out. Another that is worth visiting is the Church of Saint Vincent, made in masonry and the door with ashlars and a pointed arch. Within it it preserves various Baroque altarpieces from the 17th and 18th centuries.

Access to the urbanism is open to the public.

In the outskirts we find a nature area declared a Zone of Special Protection, the Arroyo Pelagallinas (Goosebump Stream). It is called as such because its waters are very cold, although it is still very visited by bathers in the summer months.