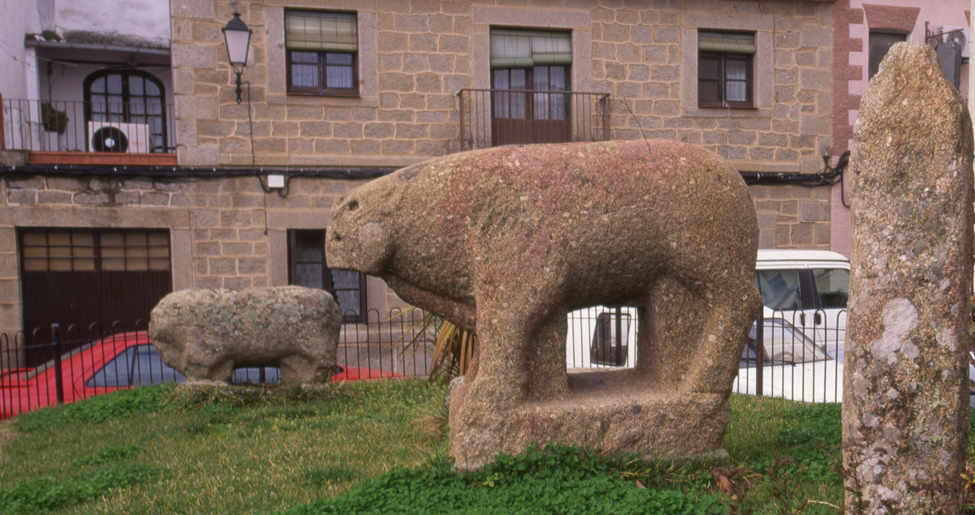 We find it in the sierra of San Vicente, 71 km from Toledo. With great farming tradition, the town preserves remains from ancient times - from the Paleolithic and Bronze Age to the Roman and Muslim Periods. Its most emblematic building is the Castillo de Bayuela, now in ruins. But the whole urban ensemble is also worth a visit, especially the late-Gothic, 16th century church of Saint Andrew the Apostle.

Its sloping streets and plazas of different sizes are due to its topography. In the plaza of San Antonio we will see the zoomorphic sculptures called “Los verracos”, found in el Cerro de Torre Castilla. And in the Plaza de la Constitución, its Gothic-Plateresque justice pillory. The masonry houses that are preserved are reinforced with lines of ashlars and tend to have a whitewashed ground floor and linteled frames. With regard to the church, our attention will be called to the use of the famous Talaverana pottery to decorate its plinth, altar and pulpit, and even in its altarpiece. Created by Ruíz de Lluna, it is formed by three panels with niches between pilasters that are topped with lovely carved capitals.

We cannot miss visiting the remains of the city wall and the tower of Castillo de Bayuela, which gives its name to the town.