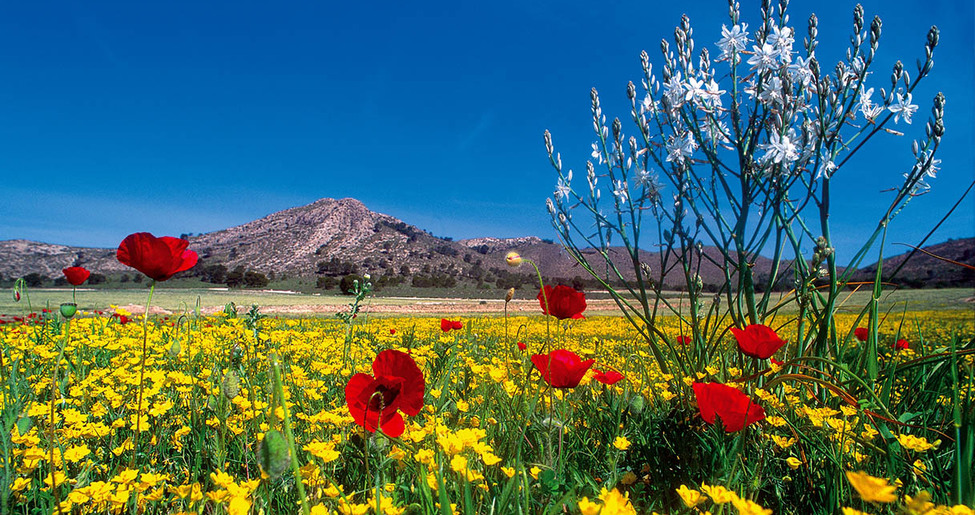 The community of Hellín with its Arab origins shows the visitor a historical site littered with monuments and features to stop off at. The castle, despite not being well preserved, still exhibits part of its defence in the upper part. The church of Nuestra Señora de la Asunción has a Gothic structure with Renaissance contributions. The San Francisco convent contains a magnificent Rococo alcove dedicated to the Immaculate Conception. The tour continues to the current socio-cultural centre which was the Santa Clara convent, a modest building with very simple lines and a cloister with rounded archways.

The streets, some with their own charm thanks to their gradients and character preservation, feed the tour seasoned by different corners and the preservation of some noble manor houses with inside patios, shields on the outside and iron balconies.

In the surrounding areas, a look to the remote past takes us to the Minateda stream to visit its rock art or the Camareta cave that, hanging over the Camarillas reservoir, must have been a hermitage that the pilgrims stopped off at as indicated by the godly engravings, the majority being from the 7th century. A special mention goes to the archaeological park some 10 km away. It bears testimony to a continued occupation since the Bronze Age to the Emirate Islamic times in the 9th century. On the Elche de la Sierra road, we can visit the bridges over the river Mundo.