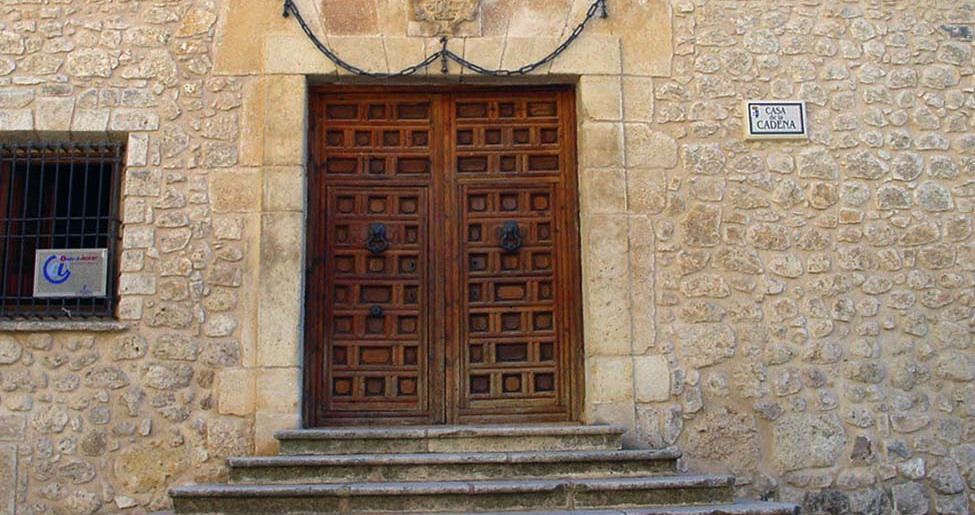 Horcajo de Santiago is located in the Mancha Alta region, engulfed in an air of Renaissance and belonging to the Order of Santiago. The religious architecture is enforced in its silhouette with the church of Inmaculada Concepción which sticks out in the image as if its foundations weren’t on the same ground as the community that surrounds it. It is from the 16th century and was extensively refurbished in the 17th century. Its grandeur fits together buttresses which open sleek pointed windows and its main front has a very decorative plateresque style. Other religious works shelter it, sometimes from afar, such as the chapels.

There are countless palatial houses with coats of arms and grills and carved detailed fronts have been preserved to show the visitor the splendour of the town.  Amongst them is Cadenas house, which, amongst its frills has the fleur de lys due to it famously welcoming King Ferdinando VII as a lodger. Other civil works such as a prison, the old notary, the Marquis or the Inspector’s house will creep up on the visitor who must be ready to spot the distinguished façades.

The caves in traditional architecture make their presence known with chimneys or vents that come up from the ground and require a visit from the guests in the town.

The Vitor fair has the longest procession in Christianity whereby the Inmaculate Virgin is lead around all night and part of the following day. It has been declared a regional event of tourist interest. It is celebrated in December and it calls for the visitor to make their trip coincide with that date.