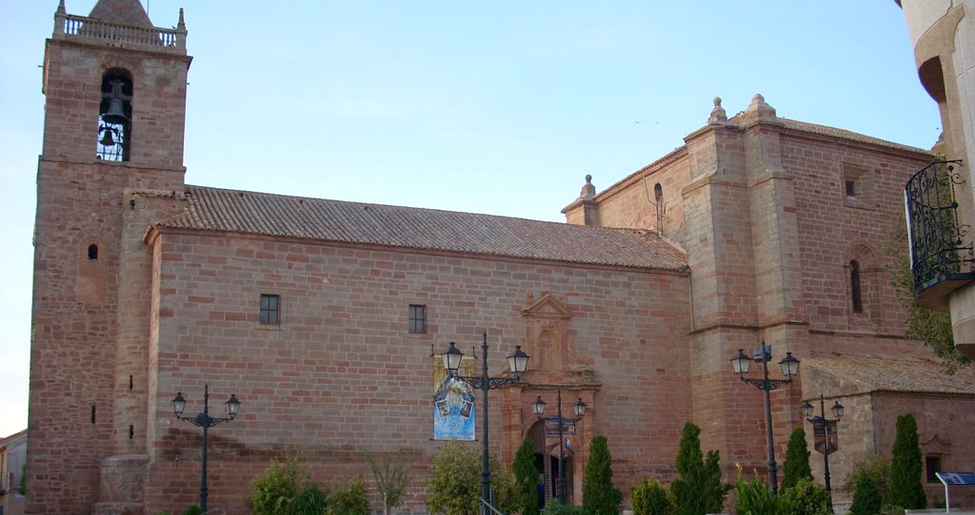 This town belongs to the region of Campo del Montiel and offers the visitor many interesting reasons to visit it. In first place, its value as a historic site, since Roman remains have been found within its limits in Huerta de los Reyes, others from the Bronze Age in el Cerro de los Gatos and Los Boquerones, and from the Iron Age in Los Castillejos, El Morrón and Cabeza de Buey. Additionally, this village was the estate of the illustrious writer Francisco de Quevedo between 1620 and 1645, and here he composed some of his most famous works. And if all of this is not enough, we can talk about its monuments, such as the church of Our Lady of the Elms.

Constructed in the 16th century over the remains of a small chapel from 1243, the church takes advantage of the previous building in the first section of the turret of the bell tower. It has one nave and transept covered by a cupola, all Renaissance style, which gives its exterior appearance the image of a temple-fortress. The most beautiful items that the visitor can admire are its altarpieces, one of which was made by Francisco Cano in 1598, where we find groups of sculptures of the Assumption of the Virgin and the Calvary, paintings and curved and triangular pediments, very much in the Mannerist style.

The organ from 1763 is very well preserved and it was made by Gaspar de la Redonda Zeballos. Its organ case is gold finished ebony wood and polychrome, and its horizontal set of registers is very beautiful.

The urbanism of this village is also interesting, above all the calle Empedrá in which we’ll find various noble houses and two plazas: that of el Parador, presided over by a statue of Quevedo and which preserves the old tavern-inn; and that of the City Hall, with the house of la Tercia, where the money of the Mesa Maestral was kept.