Church of Saint Blaise the Bishop in Villaseca de Henares 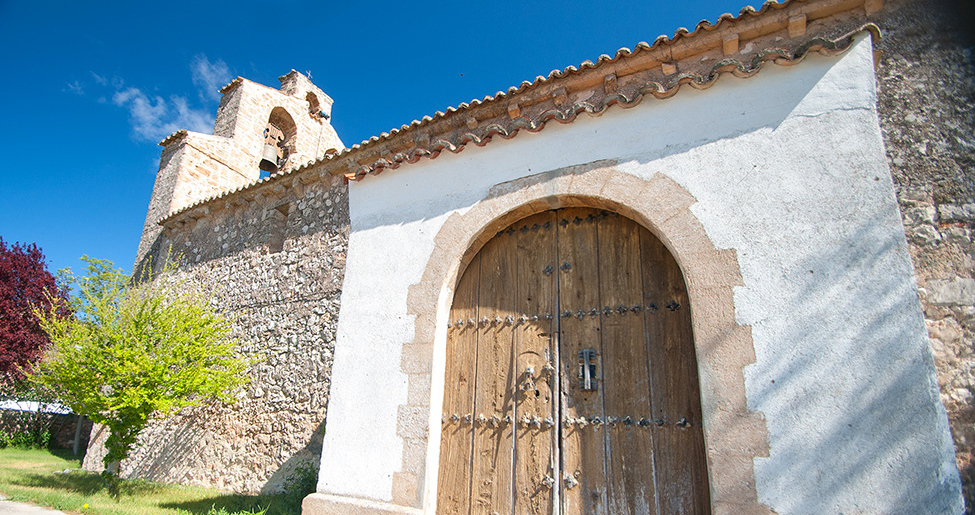 Between the Baides canal and the meadow of the Dulce river, live the 58 residents of Villaseca de Henares. In ancient times, the Roman road passed through here, uniting Emérita and Ceasar Agustus, and in the Middle Ages it belonged to the Communality of Atienza. Nowadays, its charm resides in its small church of Saint Blaise the Bishop, which preserves the Romanesque traces of its original construction, even though it was later reformed.

Ever since it was built in the 13th century, this church has preserved a big bell gable at the foot of the building with two hollows for the big bells and one for a smaller bell. The semicircular apse has a cornice decorated with smooth brackets of simple beauty, similar to those of its two facades, formed by semicircular archivolts on columns with smooth capitals, one to the South and the other to the West. Inside the temple of only one fairly long nave, observe the 18th century altarpiece at the head of the church, with lovely Solomonic columns and the baptismal font decorated with small arches.

On the Evangelical side of the church you can see the Renaissance sepulcher of Don Alonso de Carvajal and his wife.