Church of Saint Peter in Hontoba 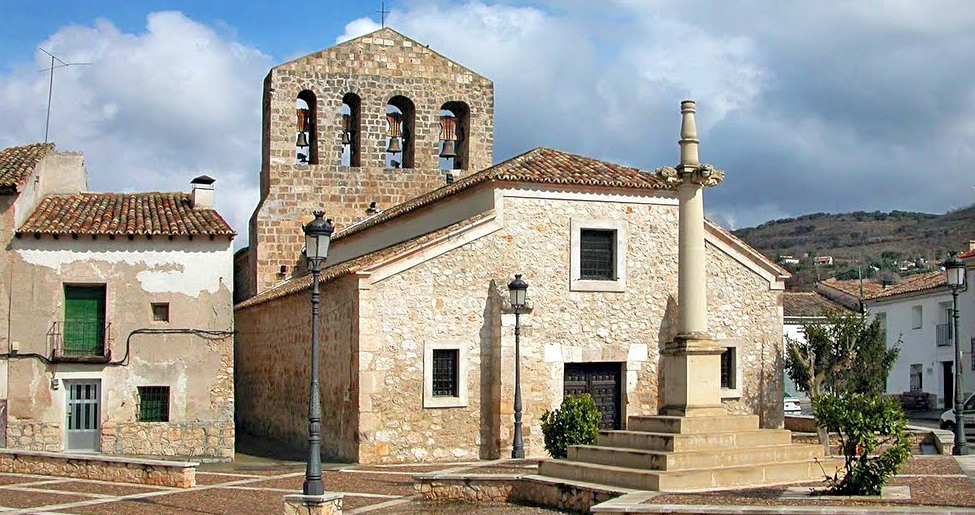 The hill of the Virgin of el Llano protects this Alcarreña town barely 40 km from the capital. It belonged to territories of the Order of Calatrava and its name means “fuente blanca” (white fountain). The traveler will only need to come to its beautiful Main Square, with Castilian style arcades, to take a look at look at its main constructions, the pillory and the parish church.

The church dedicated to Saint Peter is from the 13th century, but many reforms were realized during the 15th century. The main nave was redone and two lateral ones were added, for example. It preserves its Romanesque apse, bell gable, and presbytery. Inside, do not miss the Gothic adornments, the mudejar cross-beam raftered ceiling, and the small ivory carrying of the Virgin of los Llanos. It was declared an Asset of Cultural Interest in the category of Monument in 1990.

At the outskirts of town we can visit some of the wine cellars that are preserved and which are reminders of the viticulture activity that this area had in its day.