Visit Church of Saint Mary of the Assumption in Lezuza | TCLM

Church of Saint Mary of the Assumption in Lezuza 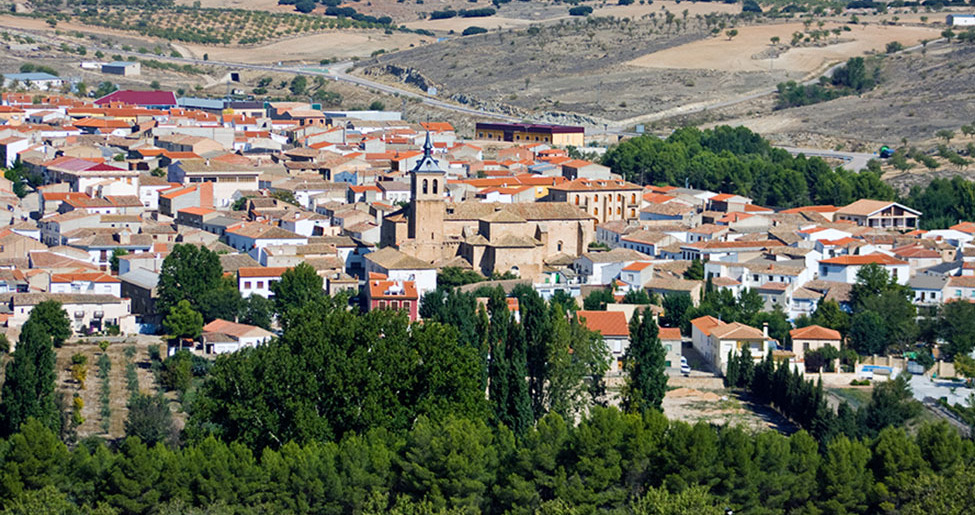 In the middle of Campo de Montiel and along the hillside where the river of the same name runs, we find the old town of Lezuza, 50 km from Albacete. The districts of Tiriez and la Junquera are included in the municipality. With so much history, the church of Saint Mary of the Assumption guards valuable artistic examples of ages past, which is why we are sure that visiting it will be worth it to the traveler.

It is a Gothic church with a solitary, very long nave, divided into five sections covered with starred and tierceron vaults. The chapels were enlarged during the Renaissance and Baroque periods. A highlight among them is that of the Virgin of the Cross, a small temple within the church itself, that offers the visitor a Latin cross floor plan and dome at the transept. These chapels are adorned with Baroque mural paintings representing Saints and Martyrs. We can also enjoy a beautiful Baroque altarpiece from around 1700, which has been restored recently. The entirety of the ensemble was declared an Asset of Cultural Interest.

The hermitage where the patron of Lezuza, the Virgin of the Cross, a carved sculpture dated in 1596 is kept. Its main festivals, in which the famous Danzantes perform, are also well known. They are celebrated the 2nd to the 5th of May.