Visit Church of Saint Dominic of Silos in Montalbo | TCLM

Church of Saint Dominic of Silos in Montalbo 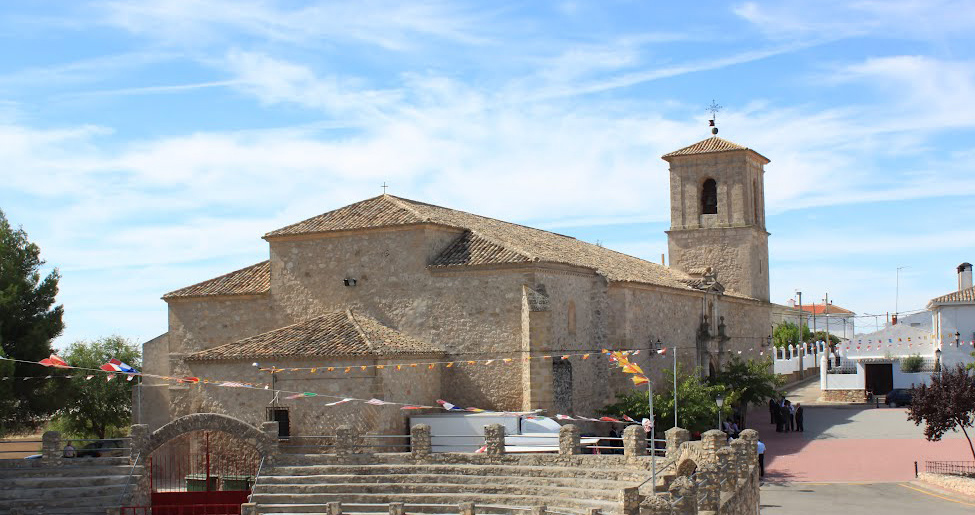 This town is on the border that separates the regions of la Alcarria and La Mancha, belonging to the latter. It is well connected with its capital via the A-3 and only 62 km away. Its name comes from its location in a “monte albo” or “blanco” (white).

For a visit to this town we must highlight the church of Saint Dominic of Silos, the construction of which was carried out between the 15th and 18th centuries and whose mix of Gothic, Renaissance, and Baroque architectural element will delight its visitors.

The evolution of the structure is curious. As with other churches in the province, the church in 1569 had two naves and a wood ceiling, but as a consequence of the population growth, in 1580 a third nave was added, though it continued having a wood ceiling. And in 1709 the vault that currently covers it was added, and the ceiling of its three naves was no longer of wood, rather it was replaced with groin vaults. Inside the church, it is worth seeing the Gothic chapels, some with exterior windows.

Freely accessible, ensure to respect the hours of worship.

On the 29th of September, Montalbo celebrates the festival of Saint Michael with one of its most well known traditions, los danzantes (dancers). These eight dances, directed by the “Peludillo” accompany the image of Jesús de la Columna in a procession.