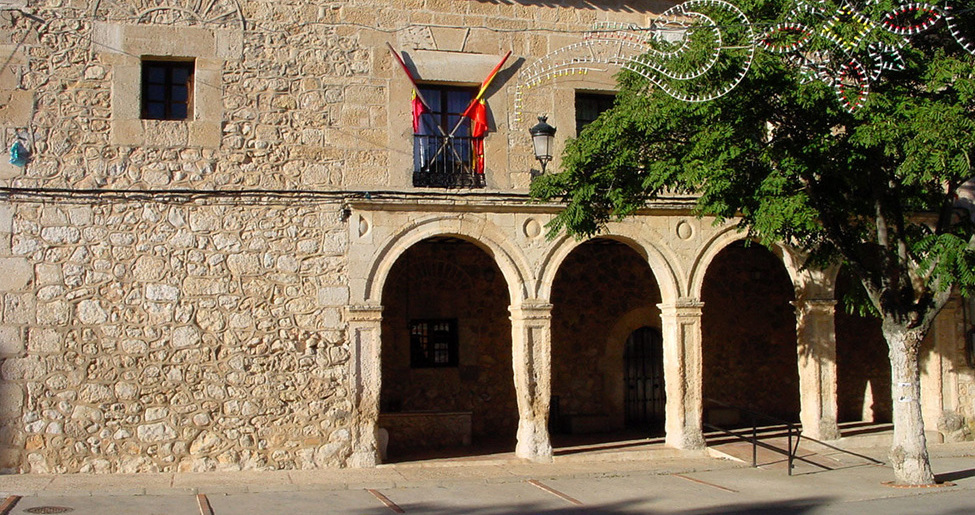 This Manchegan village gets its name from the Arab settlements, who gave it the name Alberca, in Spanish “el estanque” (pond), and Záncara for its proximity to the river of the same name. In addition to enjoying its soberly Mangegan urban complex, between the streets of the town rise the parish church and the Carmelite Convent, sites of great artistic interest for the visitor.

Built in the 16th century, the Church of Our Lady of the Assumption unites the late Gothic style and the transition to the Renaissance. The traveler can admire the Herrerian style of its main door, with a triangular pediment decorated with balls and pinnacles. Within its walls its four lateral Renaissance style chapels draw our attention as well as its main altarpiece, of polychromed wood, composed of five bodies and double order. And below the Tower, created in 1580 by Juan de Zaldívar, we find the baptistry with a pretty stone baptismal font. Above the ancient hermitage of Saint Ann (13th century) the Baroque Convent of Saint Ann was built, belonging to the Barefoot Carmelite Order. The solitary nave and Latin cross plan church crowned by a barrel-vaulted ceiling is preserved, as well as various golden altarpieces, all of which are Baroque. In the Chapel of the Holy Cross the patron saint of the town, the Holy Cross, is guarded. A reliquary in the form of a naked cross, dated 1754. It also has a beautiful carving of the Nazarene, very venerated by the town, of Italian origin, dating to the 18th century.

Currently la Alberca is a central producer of a Manchegan cheese of international prestige that you should not miss.