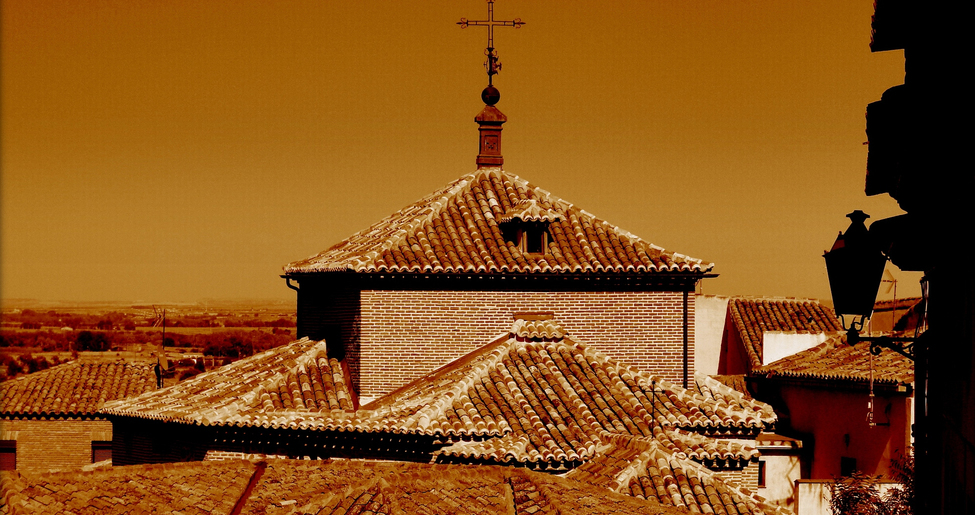 In the Toledan zone of La Jara, just on the border with Cáceres, we find the small village of La Estrella. The remains that are preserved here, like those of a Dolmen, exemplify a rich historical past and an even better present, thanks to its beautiful location and precious corners, among which we can highlight its urban complex and the lovely church of the Assumption.

Its urban complex is characterized by the houses that use slate in its construction materials and for the large quantity of small plazas that its streets lead to. Strolling along them we will find the Lordly house of the Knights of Calatrava, which preserves in its facade the cross of the Order and its crest, and the 16th century parish church of the Assumption, belonging to the Gothic style in transition to the Renaissance. The access to the interior is through two beautiful Plateresque doors that lead to the three naves covered with a coffered ceiling. At the end, the Gothic altarpiece and the magnificent carving of the Virgin of the Assumption stand out.

The remains of the Dolmen of la Aldehuela or of la Estrella. During excavations they have found elements related to the Neolithic culture.

Nature lovers can trace the routes from the lookout of la Jara and carry with them photographic memories of these beautiful surroundings.