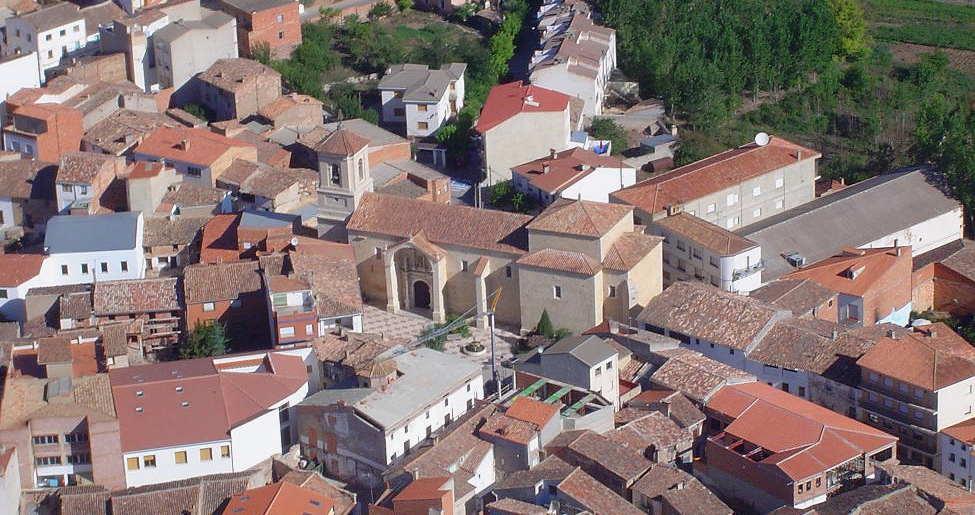 Following the towns of the lower mountain range of Cuenca we find Landete, next to the Ojos de Moya River. Its name, like so many others, comes from its Arabic denomination “Landit”. During the Early Modern period it belonged to the Moya hamlet, border city between Moors and Christans and later between Castile and Aragón. A highlight is the Baroque church of the Assumption, at the top of the town, which had to be rebuilt in the 18th century. And in its urban complex we’ll find typical architecture of the area. So, prepare your walking shoes and set out to discover it.

In the church we can see its Valencia-influenced facade on the south side, below a portico. Formed by two sections, the inferior with a semicircular arch and the upper with a central alcove that holds the image of the Assumption. Of the valuables that are preserved, we must highlight a canvas painting by Pedro de Villadiego from 1568; a silver, Renaissance processional cross; and a square reliquary engraved in silver. Upon leaving the church, don’t forget to visit the neighborhood called el Castillo and its houses with a typical mountain construction, with wood projections and modernist balconies. Together they create popular landscape of great beauty that looks out over the river - prepare your camera! Heading down the hill we will come across laFuente Podrida(rotten fountain), referred to as such for its sulfuric waters and curative properties, according to tradition.

A pleasant walk to the hermitage of Fuenmaría, just 3 km away. Every year there is a pilgrimage there since in it is kept the patron saint of Landete. At one of its altars we can see a lovely mural painting dedicated to San Isidro. Also of importance, from a scientific point of view, is the archaeological site from the Middle Bronze Age, called El Colemar, from the year 1600 B.C.