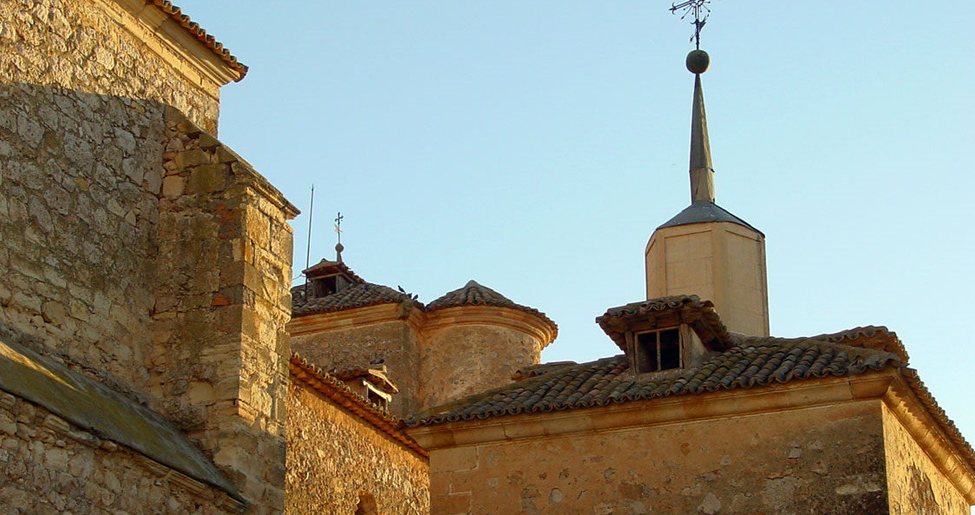 The flatland formed by the Veguilla and Pontezuelas streams serves as the seat of this town of La Mancha, which borders Toledo (province) and is 96 Km away from its (province) capital, Cuenca. It has a dual history, owing to its origin as two different towns - on one side, Hinojoso de la Orden, belonging to the Order of Saint James; and on the other, Hinojoso del Marquesado, of the Villena house. Therefore nowadays it is one road that clearly shows the division of its urban center; like a central axis we find the plaza from which the main streets lead on every side. On the side of the old Hinojoso de la Orden, the visitor cannot miss a visit to the church.

It’s urban complex with numerous examples of stately architecture, among which the house-palaces stand out, nowadays having been divided and are utilized as homes. We’ll find them going by the streets del Cura, del Cristo, Real or la plaza del Carmen, among others. Other points of interest are the City Hall, with a Renaissance facade, and the 16th century Granary, also now converted into a home. With regard to the church of Saint Barnabas, it was built in the 16th and 17th centuries and its main attraction are the preserved Baroque furnishings. Of special relevance is its main altarpiece with an embossed gold background and fluted columns with floral motifs. There are also preserved canvas paintings, carvings, and the combined pulpit, sounding board and stair from the same period.

You may freely enter to visit it, respecting the hours of worship.

The church of Hinojoso del Marquesado was that of Saint Bartholomew, with a Romanesque apse, Baroque nave and Neoclassicist chapel. All of which makes for a cocktail of styles that is also worth visiting.