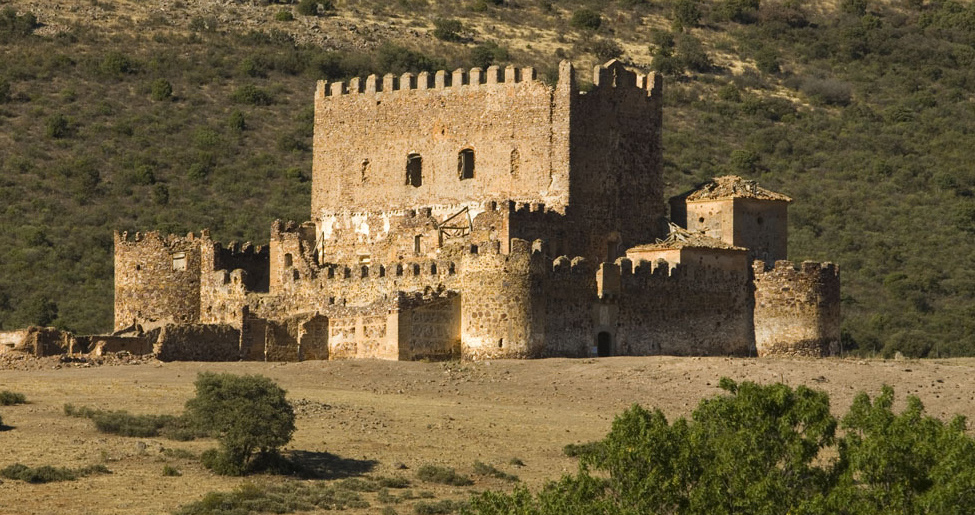 To the south of the mountain range that bears its name and at halfway to Toledo, 42 km, we find the old and extensive municipality of Los Yébenes. Its considerable historic past shows itself in the large quantity of remains that have been found in its district such as cave paintings, remains of the Roman road that passed through it, Arab and Christian castles and fortress, and churches such as those of Saint Mary and Saint John the Baptist, which serve as living proof of the grandiose evolution of this precious Toledan town.

Both churches were built in the 16th century. That of Santa María la Real is mudejar in its origin and currently the parish seat. It has a lovely tower integrated into the body of the building and an impressive circular apse. Inside, do not miss the magnificent Rococo altarpiece of the Main Chapel. In it, a highlight is a canvas painting by Alejandro de Loarte called “La Nave Eucarística” (The Eucharistic Ship) which, along with another painting titled “Los Desposorios de la Virgen” (The Marriage of the Virgin) from the Rubens school, will delight art lovers. Our date with religious architecture doesn’t end here. In the church of Saint John the Baptist, late Gothic style, we will find a beautiful mudejar tower that the Order of Saint John had built. With regard to the entryways, the Renaissance-style South door stands out. Inside, we can admire its old baptismal font, the statue of the Patron of the town, and a lovely Baroque altarpiece.

Access open to the public, respecting hours of worship.

Civil architecture lovers don’t need to worry, because for them Yébenes has the palace of the Encomienda of Saint John and the Guadalerzas castle and fortified outpost.