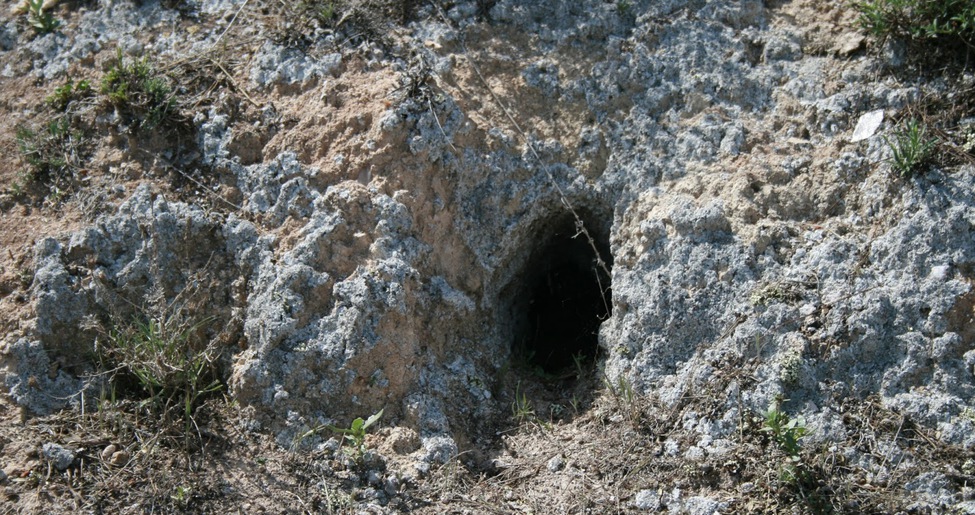 The mining complex of Lapis Specularis in Osa de la Vega was one of the first to be exploited in the first and second centuries A.D., and abandoned after its depletion. Lapis Specularis is a kind of selenite gypsum which, due to the size and transparency of its crystals, was employed as glass for windows and other similar applications, and exported to the Roman world.

In the setting ofLas Horadadas, in Osa de la Vega, we find this complex which honors its name by the importance of its wells and galleries, and which consists of twenty-five mines. InLa Vidriosa, which owes its name to the deposit’s material, prized for being translucent and a predecessor to glass, we can find another mine of great importance. The project studying them, called “A hundred thousand steps around Segóbriga”, takes this naming from the words of Pliny the Elder. We can see the excavations, the well heads, and the rest of the mining settlements of “Cerro de los Santos” and “Los Quintanares”, but nothing compares to the immense galleries and subterranean labyrinths that the ground hides.