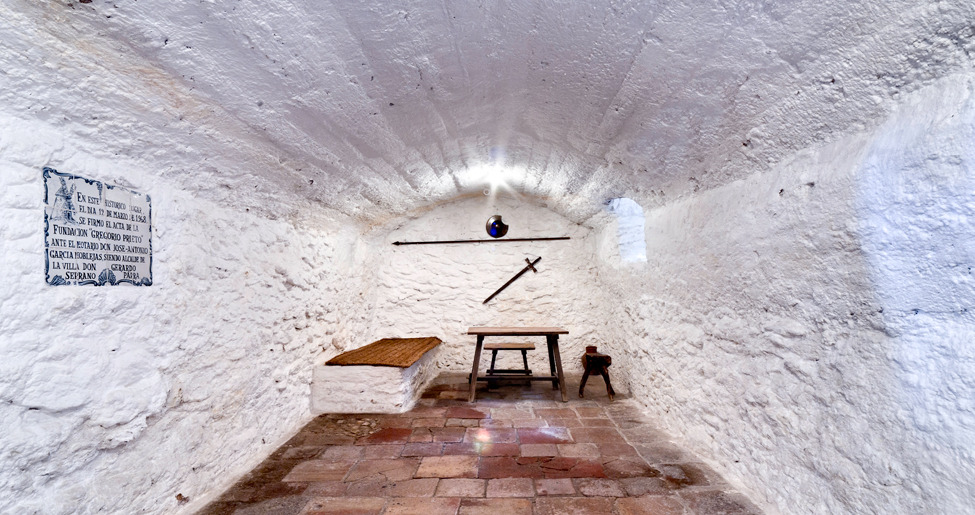 A very ancient tradition, collected by the first commentators of Don Quixote and Cervante’s biographers, say that in the basements of a house of Argamasilla de Alba, known as “Casa de Medrano”, “Don Miguel de Cervantes y Saavedra” was imprisoned, starting there the redaction of his special novel “Don Quixote.”

It is known that in the beginning of 17th century the house belonged to the influential family Medrano: at first it was a large house from La Mancha in two highs around a courtyard and diverse rooms distributed across the rest of the ground floor. Today, the house has only one floor, with façades of access to the Cervantes Street, made with whitewashed parameters and blue plinths.

The current building was opened on 23rd April 1994, the day when Cervantes passed out. Among its current rooms we can emphasize:

Famous literary men visited the house in 1905, date of the 3rd Centenary of Don Quixote, like Azorín, who place record of his visit in his work “La ruta del Quijote”: