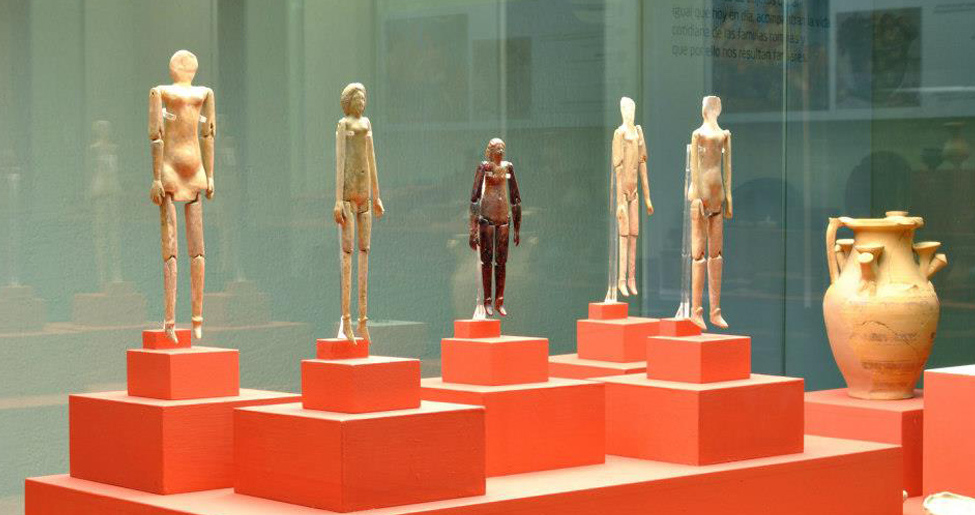 The sphinx of Haches (5th or 6th century b.C) has lived in the museum since 1945. It is the “Giocconda” from Albacete, a very special sculpture of great value that measures 71 cm high, winged, with an animal body and women face. Greeks linked sphinx with disasters and bad luck. The 130-picture collection given up by the local painter Benjamín Palencia is another point of interest of the Museum of Albacete. It is also remarkable The Jointed Dolls with Roman origins (4th century a.C) and the alabaster sculpture of Hercules and Anteo, where the first one, the mythical hero par excellence, lift up the giant and strangle him until death, that very moment when the anonymous author capture the tragic scene.

A big archeology sample which covers from the cave art to our days, a trip from two to four hours for pieces, pictures and documents originated from incidental findings in sites, scientific prospecting and private donations. We will be able to admire diverse treasures: true gold pieces, Roman mosaics, objects with domestic use, delicate handmade ceramics, farm tools, fabrics and general furniture. The Al-Rasiq Oil Lamp, from the Omeyas Al-Andalus, and the Hellene Tetradrachm of Padornos are two special delicatessens. The cultural and artistic stroll will lead us to different sections with many surprises, hidden and disseminated around its rooms: Prehistory, the Iberian and native villages in the area, the Roman Empire, the Middle Ages and the modernity, with mandatory stops in Fine Arts, Numismatics, Ethnography and Photography in sepia-toned and black and white. In essence, it will be a morning or an afternoon of immersion in the culture in an enjoyable, colloquial and intense way.

The museum is situated in the most ecologic, urban and remarkable spot of the city: the Abelardo Sánchez Park, an oasis of beautiful nature where the building which accommodates the museum was established in 1968. Its style is known as an organic, functional and useful architecture, which allows the visitor to have a free disposal itinerary. Each one will have the chance to admire and reconstruct the history from their exclusive and particular point of view, without a guideline provided in advance.