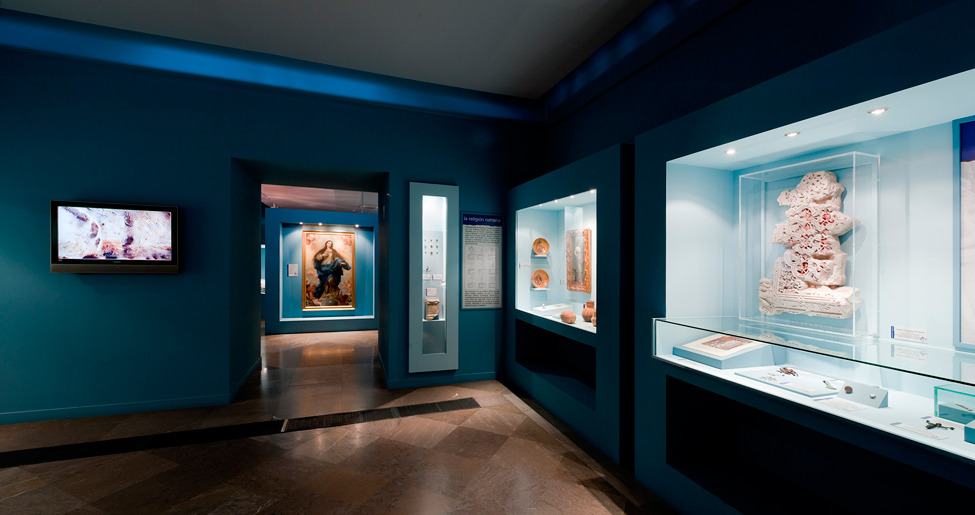 Opened in 1838, the Museum of Guadalajara is the most ancient provincial museum in Spain. Since 1973 it’s been located in El Palacio del Infantado, an impressive building erected by the end of 15th century, with a compulsory visit and, without any doubt, the greatest architectonic treasure in the city.

The museum keeps the most relevant objects of the furniture cultural heritage of the province. Its collections are divided in three sections: Fine Arts, Archeology and Ethnography, whose growth hasn’t stopped since its opening.

The Fine Arts collection is the most ancient in the museum, consisting of confiscated properties from the church since 1835. Its origin sets up the topic of the artworks, most of them of religious nature. The warehouses, donations and purchases which have been made, complete a collection of more than 200 works of art, painting and sculptures altogether, covering from 15th to 21st century.

The collections of the Archeology sections are the largest in the museum. It contains all of the objects from archeologist prospecting and digging made in the province. Although some pieces got in before 1973, most of them did it as of the establishment of the state and autonomous Historic Heritage Laws of 1985 and 1990, respectively, to guarantee their proper preservation and their best cultural and scientific function as samples of cultural identity of every Spanish people.

The Ethnography section gathers the objects related to the art and provincial and popular customs. The section was created at the beginning of the 80s, with collecting campaigns across the province which allowed making a large collection to show the life styles and traditional activities (craftwork, apiculture, ranching, etc.), where funds of the Female Section (women's branch of the Falange political movement in Spain) were added.

From 15th June to 15th September, the Provincial Museum and Palace rooms will be closed in the afternoons.

Closing days: every Monday of the year, even if they are public holidays. 1st and 6th January; Holy Friday; 8th September and holiday Fridays (consult the local calendar); and 24th, 25th and 31st December.