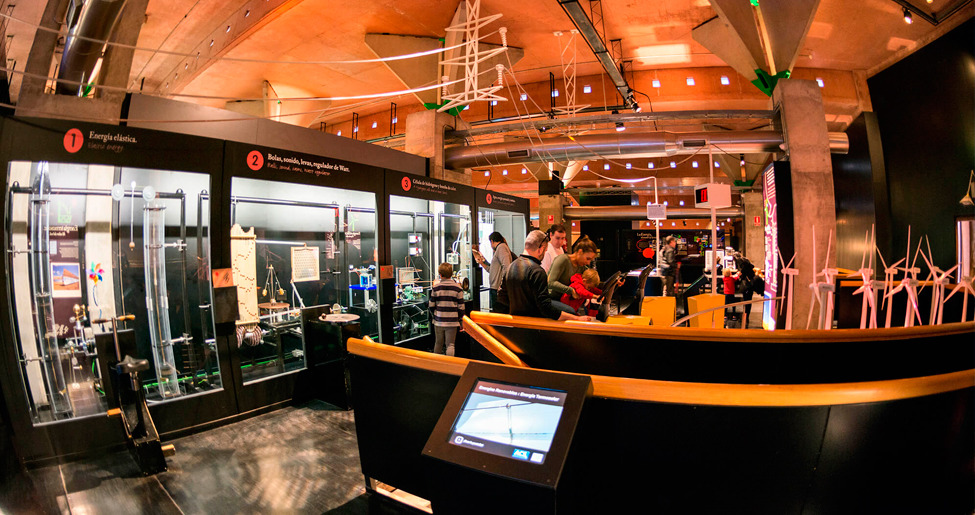 The Science Museum of Castilla-La Mancha opened its doors in the medieval square named “La Merced de Cuenca”in 1999. It is located in an ensemble of ancient buildings, to which another new one –laying on medieval remains and constructions from the 18th and 19th centuries– has been added.

Among the present buildings, a singular house from the late medieval stands out, attached to the Arabian wall. This house has been restored in indigo blue which showed up in little samples from the walls and completes the color palette of the neighbor buildings.

The museum new and ancient contents allow the understanding of the general aim or “strong idea”: the compromise on the part of the human being as a species on the Earth, and his fate as a coloniser of the Universe. This way, the speech will try to set up the relationships between the different pieces and our strong idea. Everything flows and supports the fate of the human being as a coloniser of the Universe. For this reason, the speech emerges, starts from our past to our future, from Earth to the sky.

The suggested tour is a trip to the Earth, its past and its future, under de surface, its insides: water, earth, air and fire and outer space, everything full of emptiness and energy, material, forces, LIFE.

But, what would our mean of knowledge be? Not the art, nor the music, nor the lyrical poetry, but science.

The Planetarium is the main attraction of the museum: a big dome of one hundred meters of diameter works as a big screen where more than 6,000 stars, celestial bodies and planets are projected. It is a fantastic combination of audiovisual devices which allows us going deep into the Universe.

The contents of this room are still offering an interesting visit through the history of the astronomy. Likewise, inside this dome you will be able to enjoy the countless programs that fit everybody. There is also an astronomic observatory which completes this offer and crowns the museum. It allows us to get a little closer to that space that we call the Universe.

Information about the activities in the Planetarium: http://pagina.jccm.es/museociencias/planetario_gen.html