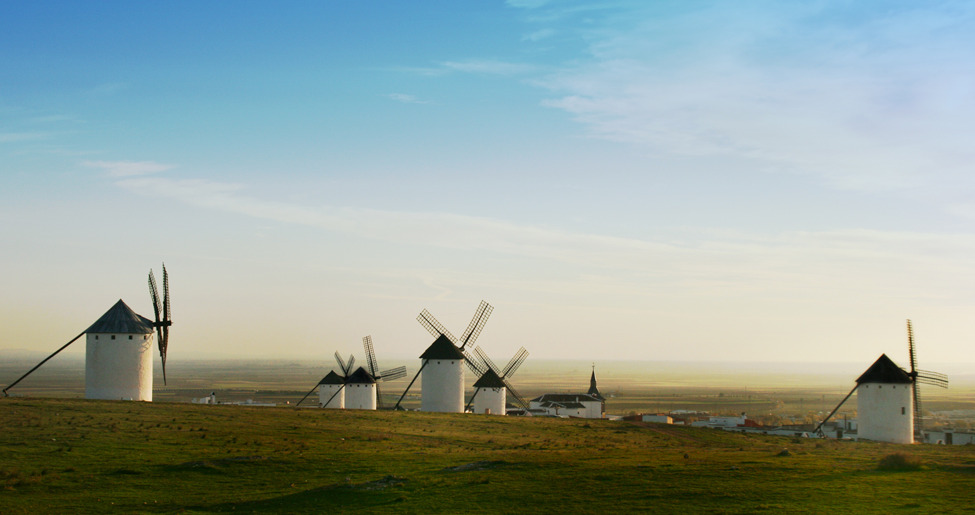 The most remarkable picture of Campo de Criptana is its windmills, and icon of Castilla-La Mancha and Spain, and in many occasions, the Spain in the world. The experts in the universe of Don Quixote ensure that the windmills of Campo de Criptana were the inspiration source of Miguel de Cervantes when he wrote the famous 8thchapter of his great work.

This museum of windmills is compound by 10 real windmills from 16thcentury which gathers inside different and original exhibitions.

You can start your visit by the mill called “Poyatos”, where you will find the Tourist Office.

The mill called “Culebro” is a thematic museum of the actress Sara Montiel, born in this village. This exhibition is opened depending on the tourist demand. In some occasions visit timetables every half hour are established.

Among all of them, the three only mills of the Península Ibérica that preserve its original structure and machinery from 16thcentury are remarkable (“Infanto”, “Burleta” and “Sardinero”), which still can mill the cereal like they did centuries ago, thanks to the human being ingenuity and the wind force.