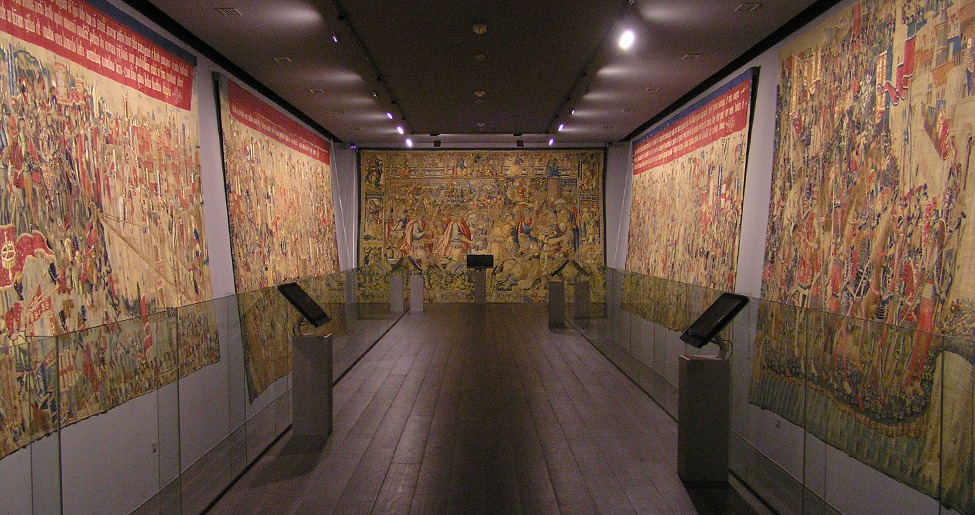 The Wall Hanging Parrochial Museum is located in the space where the Main Sacristy of the Colegiata de nuestra Señora de la Asunción was, which has been restored recently. It keeps a collection of Gothic and Flemish wall hangings from the end of 15thcentury and considered one of the most important in the world. The works describe the Arcilla and Tánger conquers by Alfonso V of Portugal in 1471. These wall hangings come back to la Colegiata after its restoring in the Real Manufactura De Wit, in the Belgian city of Malinas. This important sample of wall hangings comes back to Pastrana after a decade itinerary for art galleries from Europe and the USA.

The museum includes two other rooms where they exhibit painting works, sculptures and gold works of various authors and periods. Among them we can remark works from Juan de Borgoña, Juan Carreño de Miranda and sculptures attributed to Francisco Salzillo and Alonso Cano.

The tour ends with the visit to the pantheon of the church where the remains of the Éboli and the Mendoza del Infantado lie, the last ones originaries from the crypt of San Francisco in Guadalajara.

Pastrana was declared Historical-Artistic Ensemble. We must remark its Ducal Palace from 15th century, where the Princess of Éboli was imprisoned; the Convent of Carmen, where Santa Teresa de Jesús lived and the Colegiata de Nuestra Señora de la Asunción, from 13th century. Camilo José Cela spent the night in the village while he was writing Viaje a la Alcarria.