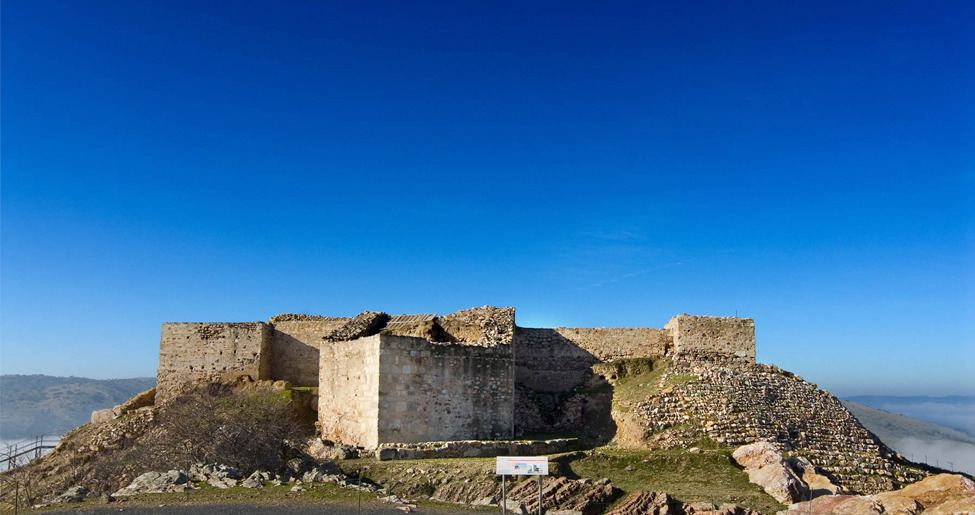 The Alarcos hill is located on the left-hand banks of the Guadiana river, 8 kilometres from Ciudad Real city. There one of the most spectacular sites in the region can be found, not only due to its size (22 hectares of space within city walls) but also due to the importance of the ruins that were discovered.

In Alarcos Archaeological Park, excavated since 1984, we mainly find archaeological traces that prove human occupation of this area since the Bronze Ages until the Middle Ages, with a long intermediary period of depopulation during the Roman and Visigothic eras.

Nowadays, a part of the urban fabric of the Iberian city which dates back to the 6th century BC, has been recovered and it allows us to understand the daily life or the Oretan tribe that lived here. A good part of the medieval wall and castle has also been recovered which were essential during one of the most important battles in the Middle Ages, the battle of Alarcos, which pitted the Christians against the Muslims in 1195. Due to this, a unique set of arms has also been discovered on the site.

The Christians lost this battle and as a result, so too the control of the area. They would not return until 1212 when, thanks to the victory in Navas de Tolosa, Christian power was definitively consolidated. From then on and until the middle of the century, there were countless yet futile efforts to repopulate Alarcos and therefore, King Alonso X El Sabio decided to move it to the neighbouring village of Pozuelo Seco de Don Gil in 1255, which later became Villareal and finally Ciudad Real.

Moreover, the Virgen de Alarcos church can also be visited in this area, with its gothic style and whose pilgrimage is celebrated on Pentecost Monday.

Due to all this, Alarcos Archaeological Park is a fascinating complex which must be visited when passing through Ciudad Real.

8 km from Ciudad Real by N-430 in the direction of Piedrabuena. On the A-41 taking the exit for Poblete, going through the town, it is around 4km from the cross where it is indicated.

It’s interesting to visit Alarcos Archaeological Park in the middle of July, in order to coincide with the celebration of “Ciudad Real’s Historical Week” and its important Ancient Music Festival “Alarcos”, or even with Pentecost Monday, when the pilgrimage of the Virgin of Alarcos is celebrated.