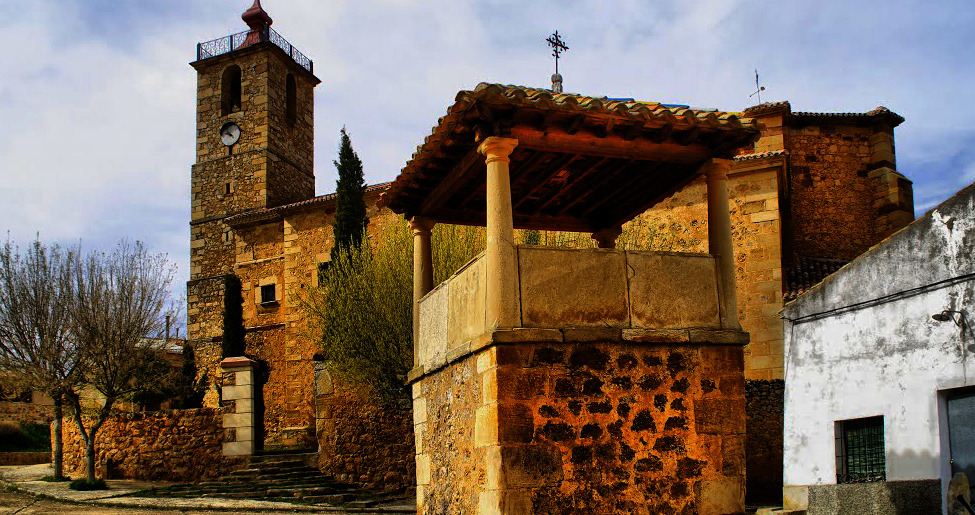 The region of el Señorío de Molina is home to the town of Prados Redondos, located in a flatland and watered by the Gallo River. This small town of little more than 100 residents preserves important sites of the Celtiberian era, included in the arch that forms those of Atienza-Sigüena and el Señorío de Molino, some of which have been excavated and the pieces that have been found you can see in the Guadalajara Museum. Its archaeological interest and lovely plaza place Prados Redondos as one of the first places among the towns with great patrimonial value.

The life of this town unfolds in the municipal plaza and it is the neurological center of its inhabitants. Here the traveler can see the Torreta de la Santa Espina (small turret of the Holy Thorn), which serves for the town to annually show a relic that arrived from France in the year 1383. It is a construction with a square floor plan, made of masonry and ashlars at the corners, above the base of which a 16th century gazebo is supported. The church of the Assumption, built between the 16th and 17th centuries, also has a tall tower of six sections, which is also highlighted in the profile of the town.

While you walk through the beautiful streets, you can see the mill-style mansions, such as that of los Cortés and los Garcés. Following the road you will encounter the public fountain, Neoclassical style and constructed with ashlars.