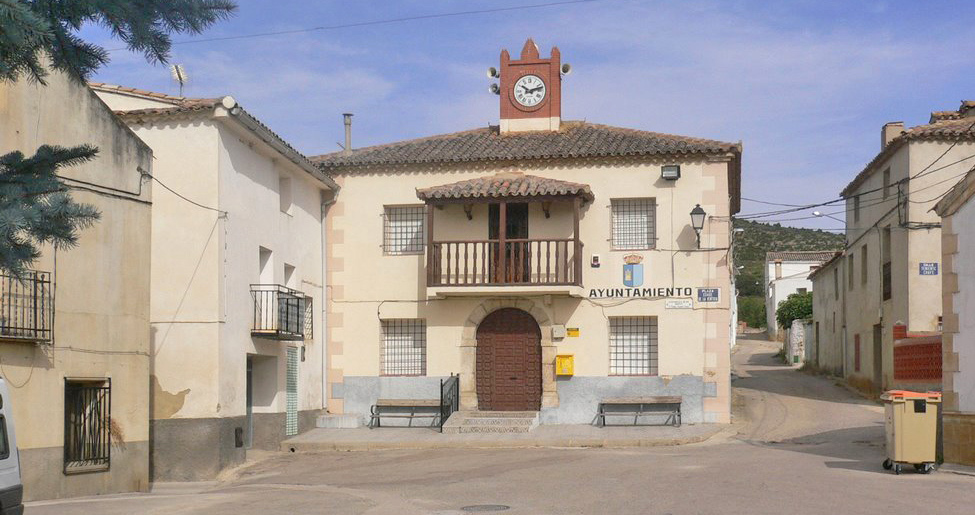 Nestled in the lower mountain range of Cuenca, the town of Reíllo is 38 km from the capital and it is easily accessible thanks to its proximity to the N-420. If you visit, the people of the town may tell you about “Regajo”, a seasonal stream that surrounds them on the Western side, or the Guadazaón River, on the East. Despite occupying a fairly broad terrain, little more than 120 people live in the town, which makes this small village a place to enjoy peace and calm. In its peaceful town center, with traditional houses of whitewashed stone or masonry, the Plaza del Conde de la Ventosa and the Church of the Conception stand out, which the traveller should not miss seeing.

In its peaceful, trapezoidal plaza we can see the fountain that occupies the center and has a large circular basin. The old inn was at one end of the plaza, and at the other we have the City Hall, which although having been renovated preserves its mountainous characteristics thanks to its large wooden balcony over the semicircular entry door. The windows of the second floor and the facade’s clock were added later.

At another side of the plaza was the house of the Counts of Ventosa. With regard to the church, its polygonal apse of three sides and buttresses at the corners are interesting. The church displays elements belonging to the beginning of the Gothic period and others of Romanesque tradition. For example, the porch, closed by a triangular bell gable with two spaces for bells. To the right of this porch, notice the extraordinary iron bar workings that cover the sacristy window.

Open access, try to respect the hours of worship.

A visit to the site of the Cerro del Castillo, declared an Asset of Cultural Interest, it preserves remains from the Middle Bronze Age to the Iberian period. Later, it became a Christian settlement and necropolis.