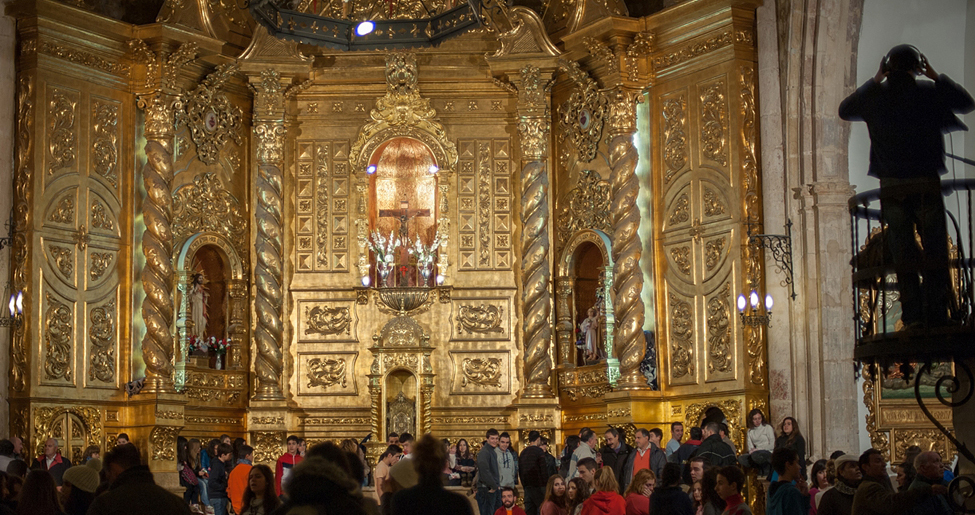 It gets its name for its location“a horcajadas”(straddling) the Almazor and Albardana meadows. This town treasures a rich history; from the Middle Ages it went being passed from Muslim to Christian hands, successively, and it wasn’t until the reign of Alfonso VIII and the conquest of Huete when it definitively passed into Christian hands, along with the rest of the towns in the Uclés area, where the seat of the Order of Santiago was established. In addition to its rich history, the town has a lovely urban ensemble in which what stands out are its church, the highlight of its heritage, and some house-palaces that are also worth visiting.

Among its very traditional houses, the most striking for the traveler are the cave-houses in the highest part of the town. Caved into the rock, from which the stone chimney sticks out, they have a brickwork facade and a whitewashed interior. Many continue being used as homes. With respect to the house-palaces, some are still preserved, and thanks to refurbishments we can still admire their iron bars and crests. Perhaps the most visited, for its good state of preservation, is the House of las Cadenas or los Orea, from the 16th century, work of Diego Martínez and Francisco de Luna. If we notice the lintel of the door, we will see a chain with a fleur-de-lis in memory of when King Fernando VII stayed here. Lastly, regarding the church, dedicated to the Immaculate Conception and whose construction began in 1515, we can admire its monumental proportions, the starred vaults that cover the sections of the solitary nave, and various Baroque chalices from the 18th century.

Inquire at the City hall for the House of las Cadenas. The church is freely accessible, respecting the mass hours.

Also visit the hermitages of Our Lady of the Rosary and Our Lady of Carmen, and the shrine of Santa Faustina.