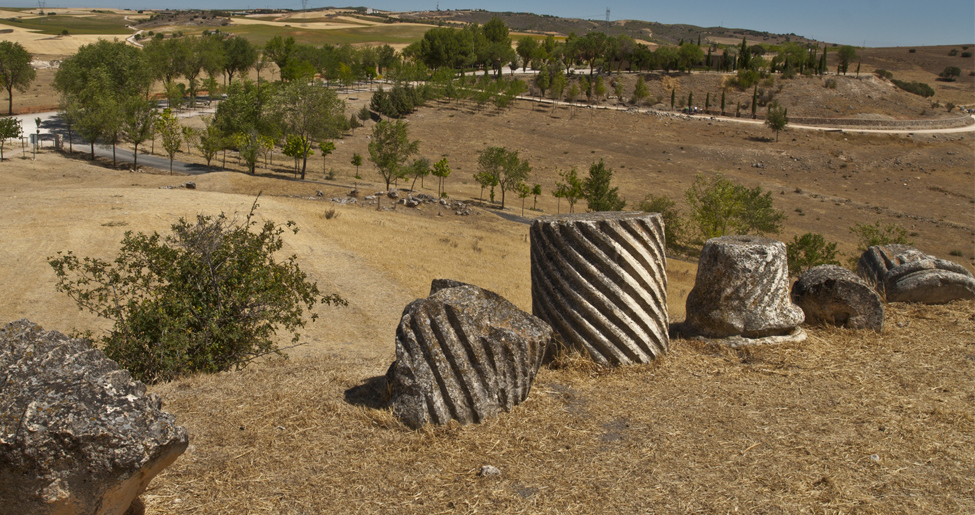 Belonging to the region of la Mancha, it is 75 km from Cuenca and only 3.5 km from the extremely important Archaeological Park of Segóbriga. The town is on a hill surrounded by flat plains and with the Santa Quiteria hill as its highest point. Today Saelices is Segóbriga, because this town in ruins is more well known than the living town. For this reason, we recommend that all visitors of the Roman city make a stop to see this town of Cuenca, its church of impressive dimensions, and some of its house-palaces, example of traditional civil architecture; surely they will not leave you indifferent.

The construction of the church of Saint Peter began in 1577 and nowadays preserves its impressive sizes. It has a cornice running around the whole perimeter, it has a polygonal three-sided apse, and a three-bodied tower at the foot of the building. Within, we can enjoy the rebuilt Baroque altarpiece with three panels. In the lower part there is a life-size carving of the Cristo del Amparo. In the upper part there are more carvings of saints, highlights of which are the Virgin of the Remedies, the Virgin of the Rosary, and Saint Anthony. With regard to the civil buildings of Saelices, we should pause at the house-palace of Martínez Falero, with a rectangular floor plan, two stories, and interior patio.

Inquire at the City Hall for access to the house-palace. In the case of the church, it is open to the public.

The charm of this town extends along the road of Villa Paz, to the south, where we will find the remains of the fortified outpost of Luján, built in the second half of the 16th century as a more residential than defensive building.