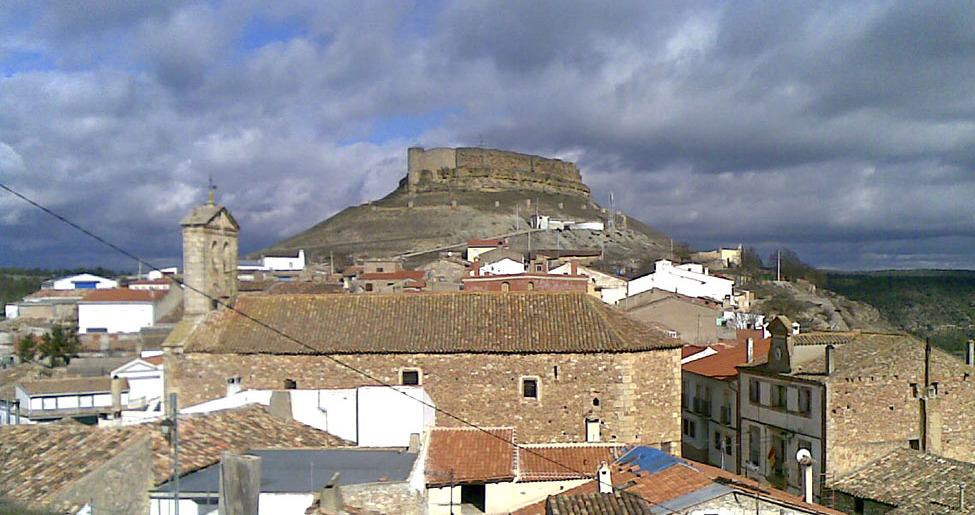 Monteagudo de las Salinas, located in the Serranía Baja region, is a natural landscape and the starting point of the Camino jacobeo de la Ruta de la Lana (pilgrammage way of the Wool Route) which coincides, but in the opposite direction, with the Ruta del Destierro del Cid (El Cid Exile Route). From Monteagudo to Burgos is where the Way and the Wool Route coincide.

On the industrial level, the salterns are the place which awaken tourist interest, since its importance is reflected in documents in which we see the fixed amounts which were given by the Crown to the Diocese for the rent of the salterns, in 1220.  Later, in the 19th century, the salterns continued to be important and produced 7,000 salt bushels. In the 20th century the production reached the quantity of 200,000 kg of salt annually.

The Monteagudo Salterns can be found at a distance of 2 km from the town.  Of its elements, pipes and 91 pools, nowadays the only ones preserved are the small building with a square floor plan which contained the spring opening and the storehouse, a big building from the 17th and 18th century, with a rectangular floor plan which still has its original wooden roof.  We can still follow the pools’ route and see some of the pipes, in which iron was not used to avoid rust.