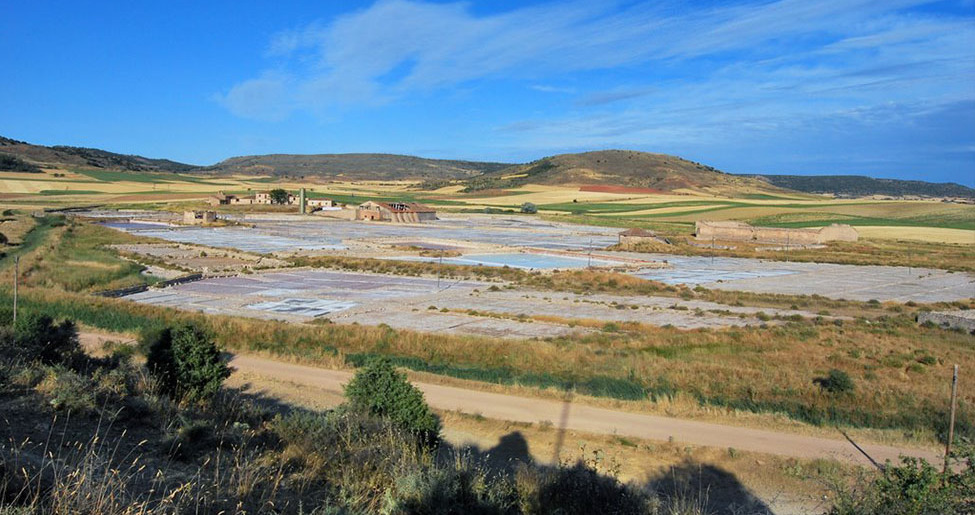 Olmeda de Jadraque offers the traveler a walk up to the Salt Lakes of Olmeda, built in the Middle Ages. The remains that have been preserved to this day date from the eighteenth century.

Their production was the greatest in the area, only after those in Imón. Their preservation allows us to differentiate each of the spaces, except for some ruined partitions. Near the salterns of Olmeda we can find those of Bujalcayo and Carabias, which can be visited both by car and by foot in a short route.

The salterns of Olmeda have two warehouses, five water wheels, several heaters and about eight hundred water tanks, split in different partitions. The complex is complete with annexed buildings, which served as the workers’ homes, and a church.

Of its five water wheels, three are in quite good condition. Only one of the warehouses is still standing, while the other has lost the entirety of its ceiling. The majority of water tanks and heaters still have their stone pavements and wood.