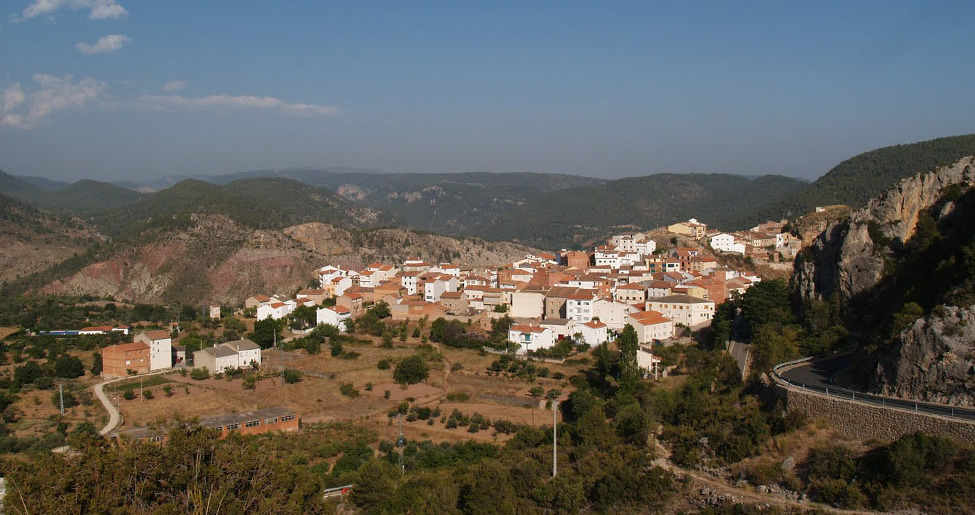 Santa Cruz de Moya is settled on a small plateau, sheltered by other greater heights. The thirst of its soil is quenched with waters from the river Turia and it has natural boundaries with Valencia and Aragón. This orographical location modifies its very anatomy which is adapted to the tiered high plateau with façades of different heights even in the same house.

In the low religious construction of Nuestra Señora de los Ángeles which barely stands out from the rest of the buildings that surround it; its structure is Baroque. The Espíritu Santo church, is located outside of the village and stands out due to its overhanging ledge and its hip roof.

In terms of civil architecture, the granary from the 17th century in whitewashed stone and the Casa Curato house in the square dating back to 1602 deserve a special mention. Of the traditional constructions, Doroteo’s house is of relevance with rounded archways and the passage called the porch is treated at one end with a rounded archway at the other.

El Rento de Orchova farming property nearby is made up of several hamlets, the mill with an adjacent tower which is nourished by the river Arcos stands out. We find other examples of traditional architecture and inhabited areas in the Embarque Maderero, Las Rinconadas or the village of Higueruelas. In these places houses and landscapes merge into one and enhance the tour, curiosity and imagination.