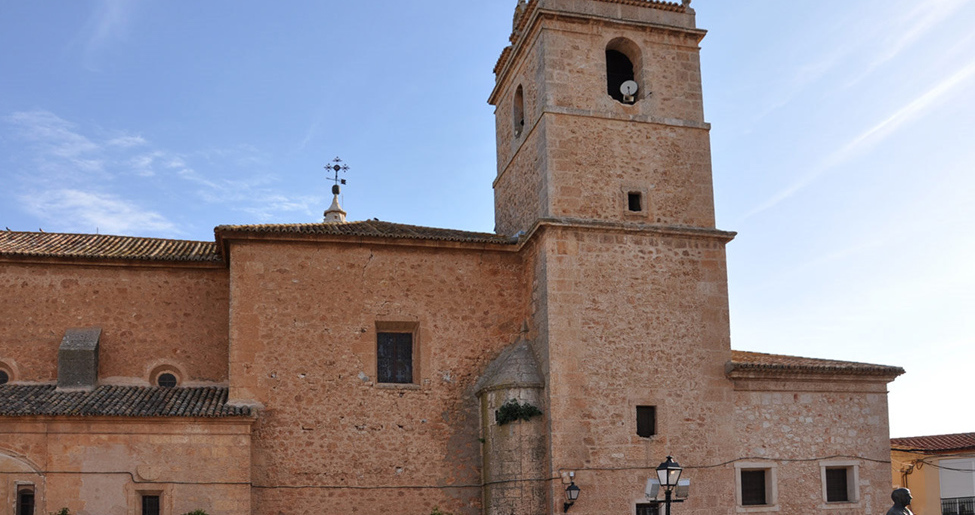 Sisante belongs to the region of la Tierra de Alcarón and is in the middle of La Mancha and la Manchuela, 102 km from the capital. The Júcar River bathes the Eastern zone of this town where an important presence of their Roman past is preserved. Many are the allures this town possess to attract visitors. We can organize the visit around three main architectural groups: civil, religious, and noble. There is something for everyone in Sisante.

Wandering through the streets of this town, we are going to realize that they are fairly normal and they preserve the layouts and characteristics of Manchegan villages. The main streets go East to West and are crossed by other smaller ones that run North to South. In the urban center we can point out the plazas of Dr. Fernández Turégano, where we’ll find the church and the City Hall, and the streets of the Convent and Santo Cristo. Of special note is the building that houses the municipal offices, since it is a two-story construction from 1789 and it has, as is common, windows in the lower level and balconies in the upper.

The tower rises above the building with two sections and is topped by another smaller section in the manner of a temple. With regard to the religious architecture, the Baroque style is represented in the two main buildings of the town, the church of Saint Catherine and the convent of Religiosas Clarissa (Order of Saint Clare). The church is one hundred percent Baroque, built between the 17th and 18th centuries; the main door is formed by a semicircular arch between Doric columns that support a precious frieze with triglyphs. It has a Latin cross floor plan, and inside one solitary nave opens up to various chapels, such as that of Fátima in the northern side of the transept. The apse is decorated with paintings by Víctor de la Vega, done in 1965. Also Baroque in style, as mentioned, is the Convent of Clarisas, which began construction in 1702. It is a two-story building with few windows, due to its nature as a cloister. In its church there is an authentic sculptural jewel: the carving of Jesus the Nazarene by Luisa Roldán, better known as La Roldana. Enjoy the beauty of the Nazarene dressed with the tunic, wearing the crown of thorns, and carrying the cross on his back. His face, charged with such emotion and drama, is impressive. There are also other carvings by the same artist here.

Finally, what’s left to visit is the main example of the noble houses that are preserved in Sisante, “La Sevillana” on the street of the Convent. This house-palace from the end of the 17th century is two levels and has marvelous crafted iron bar workings on the windows and balconies. The main entrance is topped with the family’s crest, protected by a gabled roof. Throughout the town you will encounter others such as “La Losa” and that of los Saavedra.

Inquire at the City Hall for visiting hours. In the churches, make sure to respect the hours of worship.

If you’re left wanting more, you can visit the town’s hermitages, dedicated to the Immaculate Conception, Santo Cristo, Saint Bartholomew, and Saint Anthony.