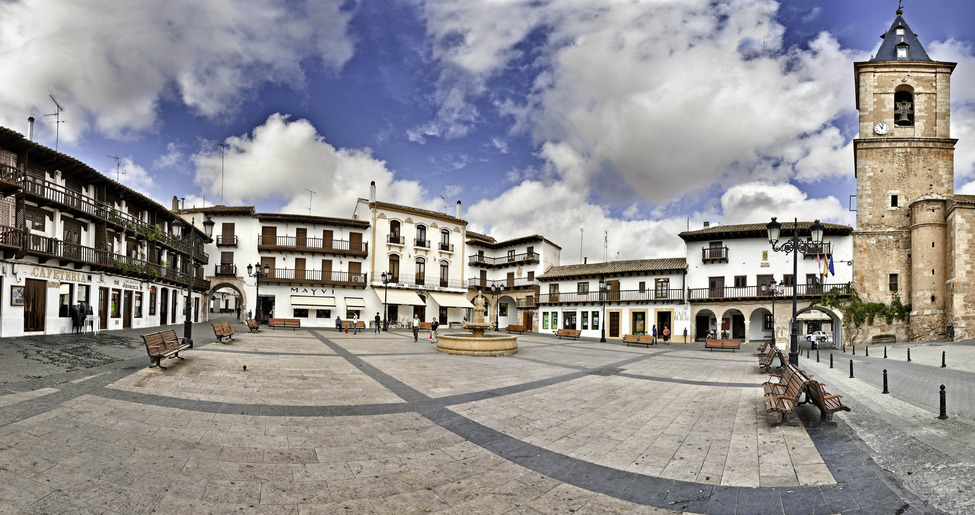 In the Manchegan flatlands, next to the Cañadillas stream is Tarazona de La Mancha. Its topography credits its name, registering itself in the localness of the flat plateau community. The urban area is organised around the Plaza Mayor square.  In terms of its visual structure, the encircling wooden balcony with toned bastions and the corners with stone archways that open up onto the adjacent streets are what stand out. The town hall has archways that support classic porticos in squares of this kind, but in small dimensions. Next to it, the church breaks the mould due to its colour, construction and size.

In the urban centre, some noble houses are erected with façades in a suppressed Baroque stonework, magnificent iron railings and abundant decoration. The San Roque chapel has rococo polychrome paintings in its interior. The San Antón chapel, in its Baroque style, stands out thanks to its spire. The church of San Bartolomé shows us its columned style; the rows separate its three rooms and five sections and on its sides there are chapels from different eras.