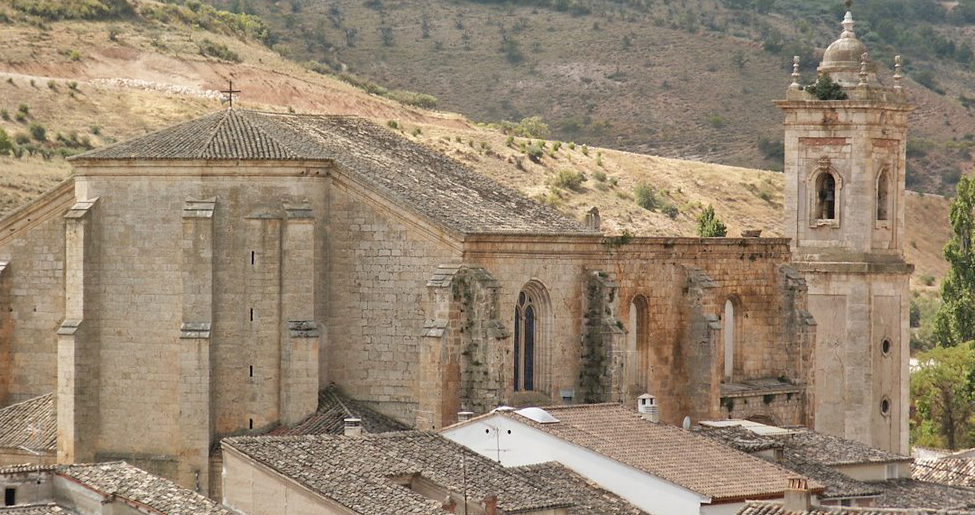 In a lovely Alcarreño landscape we find the town of Tendilla, surrounded by small mountains that form the valley within which the town sits.  Under the wing of its capital, just 28 km away, Camilo José Cela included it in “Viaje a la Alcarria”, a book in which the author gives accounts of his experiences as he passed through the towns of the province. In the town, the traveler’s attention will be drawn to its lovely urban ensemble, with nice examples of the traditional Alcarreña architecture, such as the church of the Assumption and a Baroque palace ordered constructed by Juan de la Plaza Solano, Royal Finance Secretary to Philip V.

As mentioned, throughout the streets of Tendilla the visitor can enjoy clear examples of the traditional Alcarreña architecture. A sampling of this is the calle Mayor, about two kilometers long, all of which is covered with porticoes on both sides that are supported thanks to long-lived stone columns with capitals decorated with Renaissance volutes. In the past it hosted the very important Festival of Saint Matthias, the driving force of the town during the 14th through 20th centuries. Regarding the noble houses, we can see the palace of los López Cogolludo, also known as that oflos Solanoin honor of he who ordered it built. Dated in the 18th century and Baroque in style, it has a beautiful bolstered front door, a central balcony on the first floor, and a pediment with the noble crest of the family. The inside is distributed around the great rooms and the noble staircase. In addition, it has a room that served as a private chapel for the family; the rococo Chapel of the Holy Family.

Finally, and without going too far, we find the very large, unfinished church of the Assumption. Its construction began in the 16th century and was intended to be a collegiate church. At the foot of it, separate from the building, we can see its three-level tower, which looks upon the church with sadness and joy - joy to admire its beautiful, Renaissance North entrance, and sadness for not being able to also see its beautiful interior in which the main altarpiece from the 17th and 18th centuries stands out, as well as the reliquary shrine of the Virgin of Salceda. Both the sculpture of the Virgin and the shrine are made of silver with inlays of precious stones, an authentic jewel of metalwork.

Free access in the center of the urban complex and the church. For the palace, inquire at the City Hall.

Tendilla has some lovely hermitages dedicated to Saint Lucia, the Virgin of Solitude, and the Virgin of Salceda that we can also visit. Regarding the rest of the town, we can refresh ourselves at the public fountain and stroll by the remains of its ancient wall. If our visit is in the winter, we can come in February, coinciding on the 24th with its famous Festival of Saint Matthias.