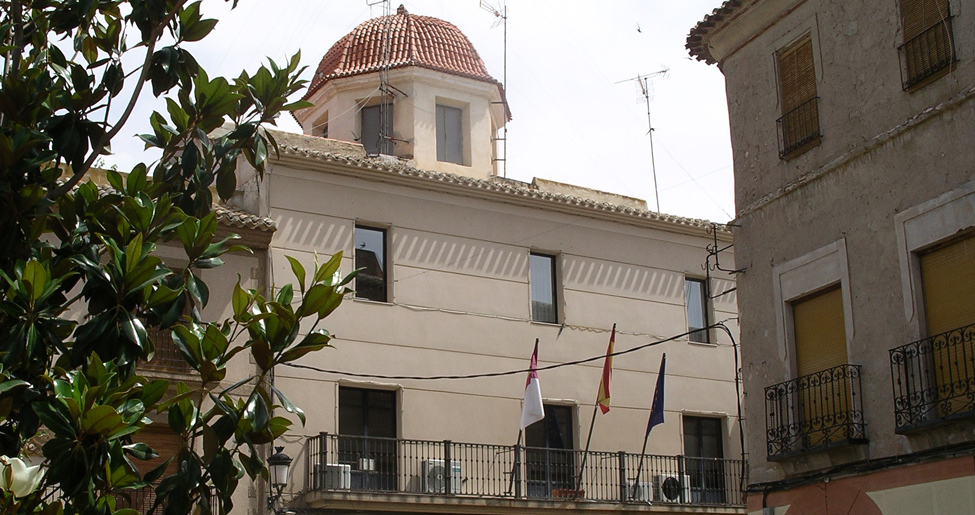 Nestled in the south of the province of Albacete and within the region of Hellín, we find the municipality of Tobarra, of Islamic origin. It lies between the hills of Saint Christopher and Saint Sebastian, surrounded by a fertile orchard that favors the cultivation of fruit trees. In addition to its famous Holy Week, which we will describe later, Tobarra has an artistic heritage of great value, represented by its church of the Assumption and the hermitage of the Incarnation and Christ of Antigua.

Regarding the church, declared an Asset of Cultural Interest, we have to highlight the splendid scepter of the Virgin of the Sorrowful, by Francisco Salzillo, one of the most venerated pieces during Holy Week. The temple is a reconstruction of the original since in the 20th century the tower collapsed upon the body of the church and caused much damage, and therefore it had to be reconstructed using, in part, the original materials. It is one of the last gothic temples of only one nave that we can find in Albacete. Moving on to the highest part of the town, we’ll arrive at another beautiful and complex building with Muslim reminiscences, the hermitage of the Incarnation and of Christ of Antigua, an Asset of Cultural Interest since 1982. The visitor will be surprised to see the great variety of decoration on its ceilings. On one side, mudejar coffered ceilings dating to the 14th century; ribbed vaults with Gothic-Renaissance wood keystones in which we see the Virgin and Child and the symbols of the evangelists. In the chapels we will see Marian style mural paintings in the chapel of the Incarnation; and Baroque and Rococo paintings, some plastered, and with Christological themes in the chapel dedicated to Christ of Antigua.

Entry is open to the public, respecting the hours of worship.

If Tobarra is known for one thing, it is for its Holy Week and its famous tamborrada, declared a Festival of National Touristic Interest. From three in the afternoon on Holy Wednesday until 12 at night on Resurrection Sunday, hundreds and hundreds of drums do not stop resounding. Some of these drums are authentic works of art that you can see in the first Drum Museum of the world, with more than 50 pieces from around the world.