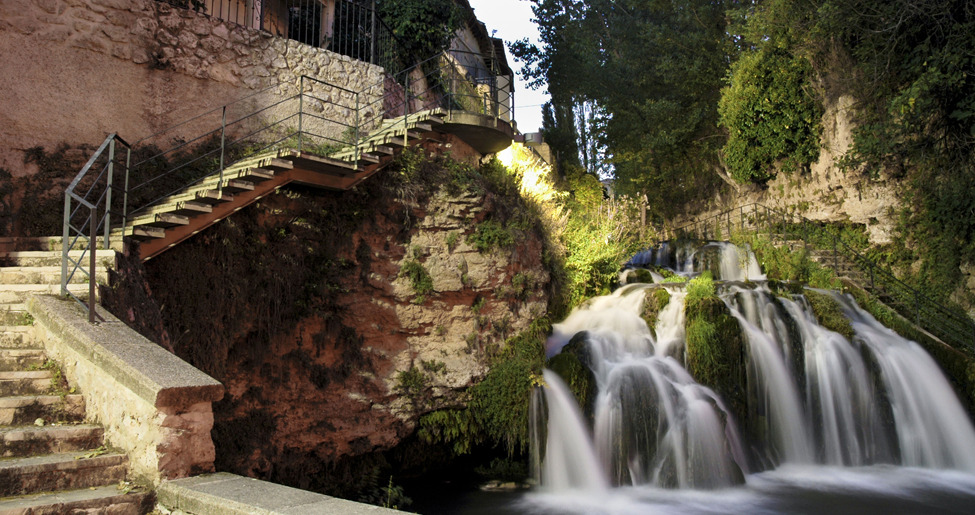 Trillo is a typically Alcarrian community located at the Cifuentes river mouth towards the Tagus river and mentioned in the book “Viaje a la Alcarria” by Camilo José Cela. Fragments of its history are offered to us by its monuments, settings of unbeatable beauty in its surrounding areas and the remains of its production activity where the previous are often assembled.

The bridge over the Tagus river is a sign of identity and a receptor of stories that surround its time and that of the town, enveloped in battles that required passing through it or even dominating it. Trillo, fenced in by water, has part of its path in its bridges; further away there is the Arriba bridge or the Murel bridge that are part of its limelight.

The religious buildings are part of the essential substratum and narrative of its history:  The church of la Asunción de Santa María, or the chapels of San Juan, San Roque or La Virgen de la Soledad confirm it. The remains of the monastery of Santa María de Óvila remind us of the importance of the hermitage in the 13th century.

Water is the main attraction of this town in urban areas, natural landscapes and other industries. The windmill house is probably the oldest building in the town, cited on numerous occasions in medieval documentaries as a milling and sawing building. The Cifuentes waterfall is the last section of the river before it plunges into the Tagus river and it makes for a natural setting where the wild waters clear rays of whiteness of unique beauty as it falls down.

Amongst its hamlets is the church of Azañón, dedicated to the Asunción de la Virgen, a work from the 16th century with a high tower on square grounds. In the village of Morillejo, the coat of arms and several examples of traditional architecture with valuable pieces of railing stand out. Viana de Mondéjar is the village of the famous Tetas de Viana, two twin mountains that have become the insignia of the Alcarria and have been declared as natural monuments. The hamlet of La Puerta is the only village that resonates pride in the waters of the river Solana, over which the most important small but beautiful medieval bridge in the region of Alcarria stands, next to the Las Piedras hill.