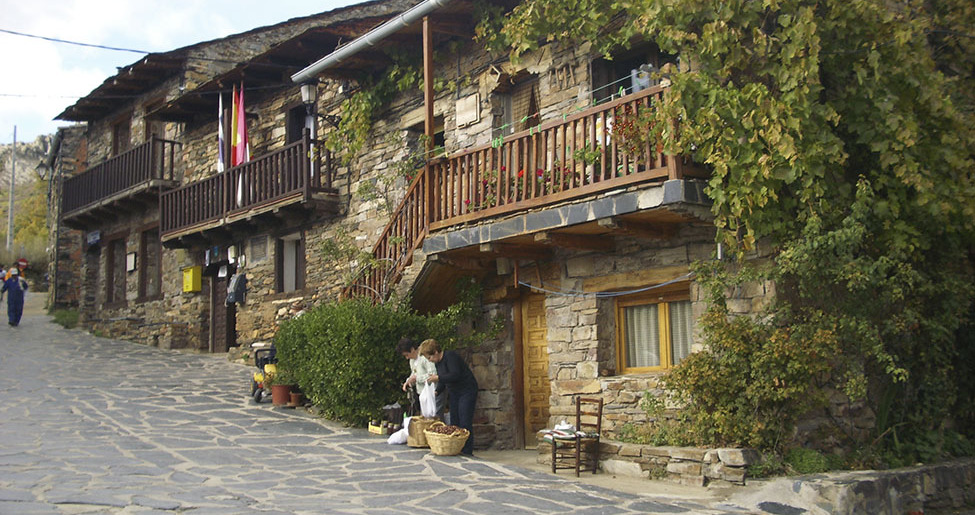 Valverde de los Arroyos belongs to the area of black architecture villages, but here the black villages have a golden tinge because on the wooden framework, the slate roof overlaps with the use of the quartz, which gives it flashes of light to its typical darkness. In the square, the main feature is a space for traditional games which livens up the space presided by the parish church, the emblem of the aforementioned architecture in the area.

In a typical house in calle Escuelas street, the Valverde de los Arroyos Ethnological Museum is housed, where besides learning about its architecture, it pays a cultural tribute to the textile industry of the area.

The chapel of the Virgen de Gracia is a slate construction from the 19th century that is resulting from two local missionaries coming from the Philippines.

The landscape is truly beautiful and its utmost expression is at the waterfall of la Chorrera which falls on stone steps that descend more than 120 metres with the melting waters of the Ocejón and the Campachuelo.