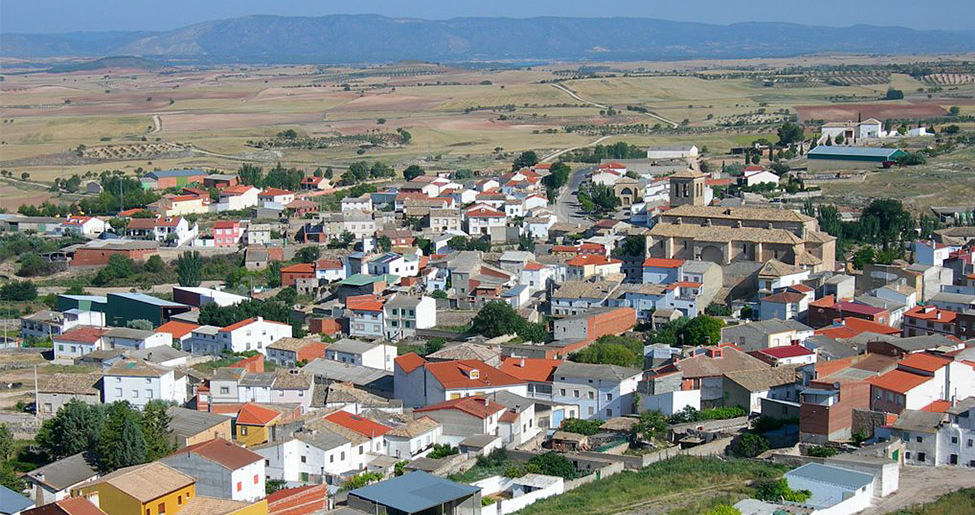 An Alcarreña town 74 km from Cuenca. Its beautiful natural surroundings are formed by loam, clay, and gypsum which come from the Alcarreña tableland in its descent to the valley where the Buendía reservoir is located. The name of the town refers to these gypsum terrains, since Villabla means “villa-alba”, which is “villa-blanca” (white town). Its most notable heritage sites are its church and one of its hermitages, in addition to the urban area that still preserves its linear arrangement.

The main street of the town divides the urban area completely, West and East. Both sides have groupings of important buildings constructed between the 18th and 19th centuries that are fairly well preserved. We can highlight a large house from the 19th century with two stories separated by moldings, with a cornice below the eaves and adornments in the surrounds of the windows.

The traveler can clearly distinguish the parish church of the Assumption due to its magnificent proportions and its tall three-level tower with bell gable. The interior is impressive for its great size. Its three naves are separated by thick cylindrical columns and covered with groined vaults, it has a flat apse, and high choir loft at the entrance. The highlight is the Baroque chapel of the Virgen de los Portentos, from the 17th century, separated from the church by a precious lattice with Baroque decoration. The chapel has two sections, one covered by a beautiful barreled vault with lunettes, and the other by a cupola on pendentives and pilasters. Pre-dating the construction of the church is the Gothic hermitage of the Conception, made with base of ashlars and with a square floor plan. Stop to contemplate its beautiful entryway through a pointed arch, with small columns and moldings on the sides to support the linteled door. On the sides you will observe pairs of windows with semicircular arch shape.

Another hermitage that we can visit in Villalba del Rey is that of Saint Sebastian, with a small bell gable and doorway under a porch. It is the featured element of the festivals of the Saint, every January 20th, when dancers accompany the image, which carries in one of its arms a delicious anise roll prepared especially for the occasion.