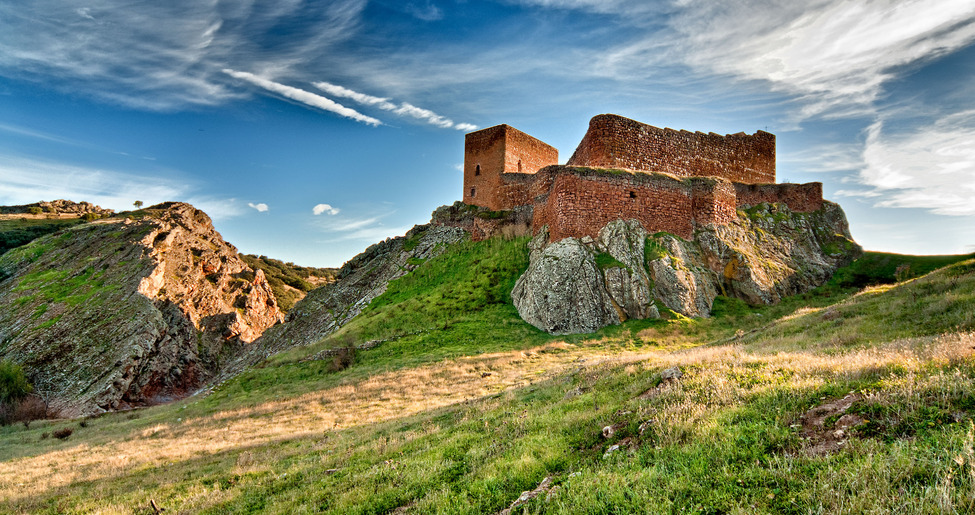 It is impossible not to relate this town of the Campo de Montiel with the great poet Jorge Manrique, who, even though he wasn’t born here, was always very connected to these lands. Surely its landscape, close to the Sierra de Alcaraz, with small elevations served as inspiration to him in many of his verses.

In addition to being connected to this author, the history of Villamanrique is also connected to the Order of Saint James and the castles that they used for their defense, such as Eznavexore, or Torres Xoray, and Montizón castle. If we stay in the town we can enjoy its impressive church, dedicated to the worship of Saint Andrew, and its stately houses, of which that of the Manrique family stands out. Both constructions were declared Assests of Cultural Interest in the 1990s.

The town owes the construction of its church in the 16th century to the Order of Saint James within the Gothic style in transition to the Renaissance. It has one solitary nave and lateral chapels. At the foot is the tower, with a square floor plan in the lower part and octagonal in the upper. If you wish, you can climb up it via the 107 stone steps of the spiral staircase, which also lead to the choir. The semicircular dome of the main chapel is decorated with the figures of the four evangelists, and of the main altarpiece only a Crucifix is preserved, the rest was lost in the Civil War. Outside, we can highlight the beautiful main door from the 16th century decorated with grotesque figures of humans, animals, birds and angels; sculptures of the Virgin and the Angel representing the Annunciation, and in the center a niche with the stations of the cross. The Big house or house of the Encomienda is popularly known as the house of the Manrique family, even though it is not their shield that we see on the facade, rather that which belongs to the Montoya family. The Renaissance style of this beautiful building is evident in its porticoed patio with galleries with wooden banisters.

The church is open to the public, always respecting the hours of worship. To visit the Big house, inquire at the Town Hall or the Tourism Office.

Enjoy one of the numerous festivals that this town celebrates. The most famous are in September, from the 29th to the 3rd of October: the festivals and bull runs of Saint Michael Archangel. The 17th of January is also famous for its festival of Saint Anthony, with its lights and tortas del pastor, cooked over embers. And the festivals of la Candelaria, the 2nd of February, which includes a procession around the church.