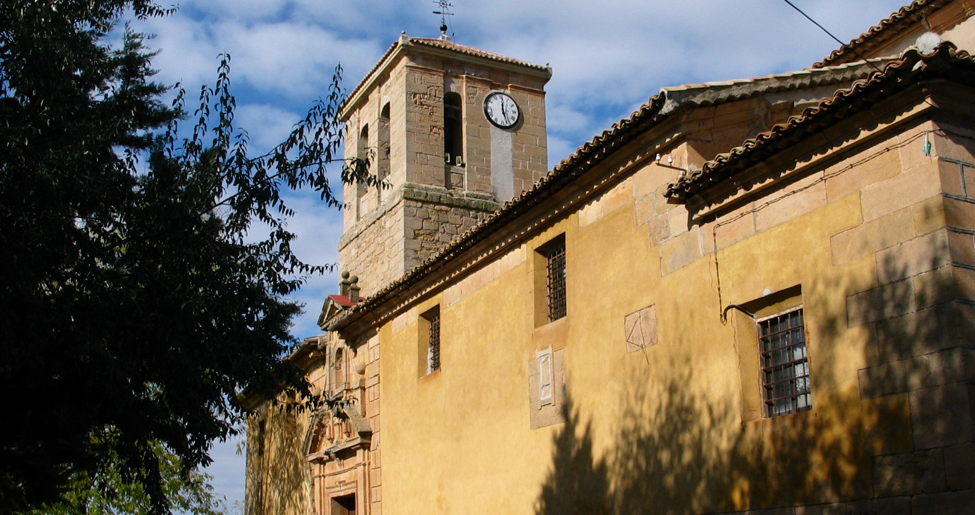 We find this community in the region of la Alcarria, formed by the towns of Noheda, Sacedoncilo, Villalvilla, and Villar de Domingo García itself. The history of this village has a close relationship with the Cuenca mountain range, since its district borders it, and it has a broad artistic and cultural history thanks to the different civilizations that inhabited its lands, from the Lower Paleolithic, and passed through by Visigoths, Romans, Arabs, and Christians. All of which has made the creation of a town that has many touristic attractions for its visitors possible. Among them, the most outstanding are the church of the Assumption and the old Inn.

The Inn of Villar de Domingo García is from the 16th century and has been in operation until very recently. Located in the plaza of the town, this large house, two stories plus an attic, was the ideal place to rest and gather strength. The house still has its original structure, with a central patio which is accessed through a large entry door which allowed for the passage of carriages, and on the sides the stable and kitchen. The rooms were on the upper floor.

With regard to the parish church, it was constructed between the 17th and 18th centuries. It has hall church plan with three naves, beautiful Baroque altarpieces with Solomonic columns on the lateral naves, and a Neoclassicist main altarpiece in the central nave. It also preserves a few valuable sculptures, such as the Christ on the Cross and Saint Michael.

This town has two lovely hermitages, those of Saint Thomas and Saint Anne. In addition to some interesting wine caves of Muslim origin. If you go towards Noheda you can visit the 4th century, late Roman village that guards a large mosaic of unimaginable beauty.