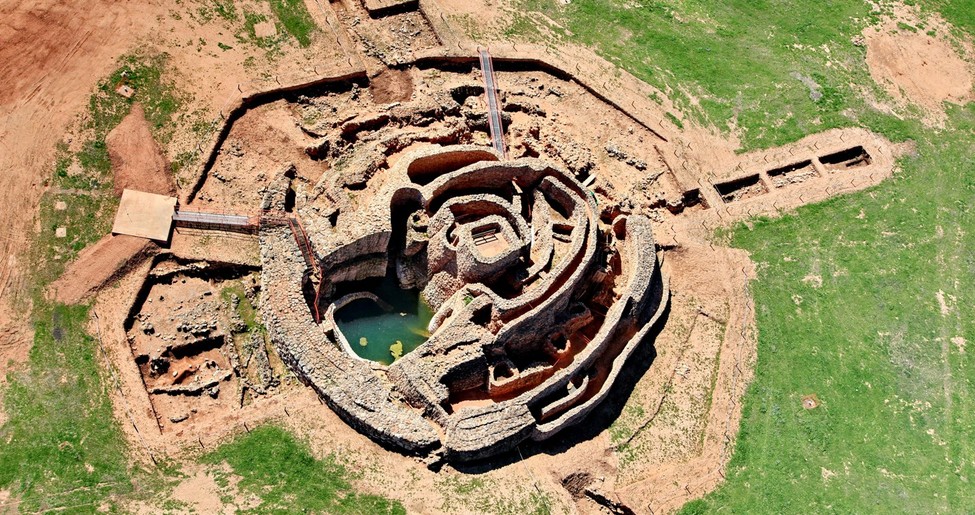 Daimiel presents itself spectacularly in its surroundings and the Motilla site doesn’t escape from this spell. Over more than four thousand years ago, its inhabitants built various concentric lines of walls and a strong tower upon square grounds on top of a deep well.

The Bronze Age surfaces in Manchegan lands, where water is of high importance due to its scarcity and that has been longstanding. So, on the inside of the patio, the inhabitants of Azuer dug a well until they reached the groundwater level, some 16 metres deep, in order to supply water to the settlement. Its practicality suffered changes during the different stages of occupation as it was also used as an area of temporary stabling for sheep, goats and pigs, but it was mainly used as a grain storage (barley and wheat). There were few people from Azuar, except in exceptional situations where adults were buried with ceramic vases, copper-riveted daggers and burins of the same metal, which could indicate a hierarchical society. This journey deep into the second millennium before Christ isn’t just well preserved, but it is also magical and unique.