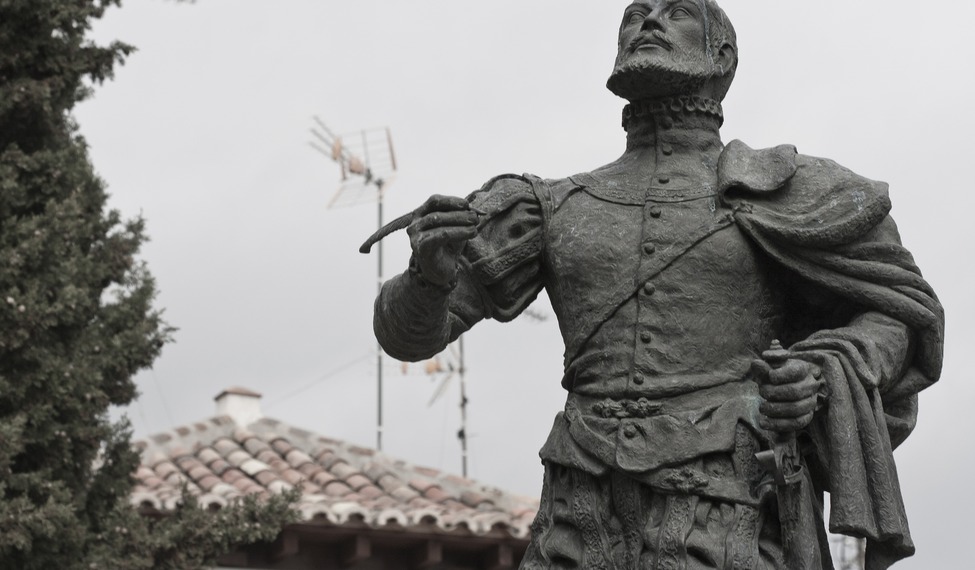 The city of Toledo is profoundly connected to the great Renaissance poet, as much as Italy is to his poetry. His work introduced the meter and innovations of Petrarch and the italian authors, contributing to the poetry in Spain would have, following him, its Golden Age.

BORN IN TOLEDO, RAISED IN CUERVA

The poet-soldier’s father held important offices in the court of the Catholic Monarchs. His birth and education reflect the open and humanistic spirit of Renaissance Toledo. Upon finishing his studies Garcilaso was proficient in latin and greek and understood italian and french. He spent long periods in Cuerva, the fiefdom that his father held.

CONTINO OF CHARLES V AND KNIGHT OF SAINT JAMES

Garcilaso’s military life began when he took the imperial side during the Revolt of the Comuneros (la guerra de las comunidades). He was named contino (Royal Guard) to Charles V. Together with the emperor he received his first combat wounds against the comuneros in Olías del Rey. He also fought in the siege of the island of Rodas. Consequently, he was named a knight of Saint James, and as such, before being armed, he did his training in Uclés.

WEDDING AND LIFE IN THE COURT OF TOLEDO

Garcilaso wed Elena de Zúñiga in the city of Toledo, where they established their home in the vicinity of the Convent of Saint Clement, not far from his father’s house on calle Real. Especially interesting were his months spent between october of 1528 and march of 1529 because he remained in the court of Toledo together with Charles V. There, he met the count Baldasare Castiglione, author of The Book of the Courtier. In it, he refers, in the form of a dialogue, to the characteristics that a man must have in order to be at the service of kings and nobles. It is the depiction of the ideal man according to the Renaissance. Its importance was fundamental, as was the role Garcilaso had in translating it to Spanish, which he did at the request of Juan Boscán.

From 1529 to 1534 Garcilaso had short stints in Toledo, actively participating in the italian wars and achieving great fame among the humanists in Naples. It is then when he developed his great poetic works. After 1534 he would not return to his city of birth. He died from his battle wounds in 1536 in Nice. Although he was buried there, his widow, Elena de Zúñiga, had his remains transported to the chapel of the Rosary, in the convent church of Saint Peter the Martyr, where they still are.