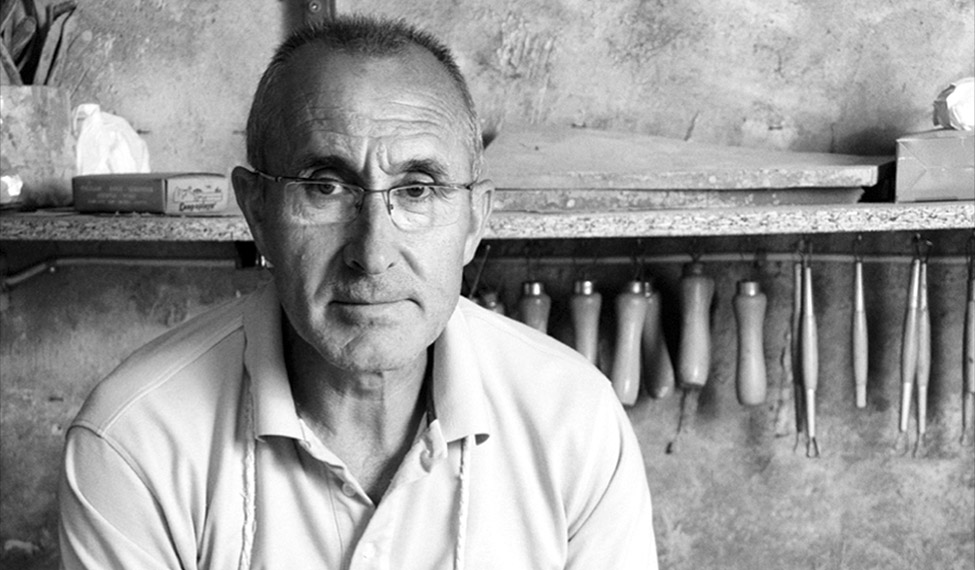 Joaquín Magán Ocaña’s whole life revolves around the family potter's workshop, where he is the fourth link in the family line. Ever since he was a child, he kept on learning the tasks he was entrusted according to his age and thus the craft and the vocation grew along with him.

After finishing the military service, he had already decided to become a potter and the only thing pending was to customize what he had learned. This way Joaquín did a research into the basis he had learned and created little by little his own style which, though keeping the typical Priego’s colors and motifs, emerged through the peculiar shapes of his, slim-neck and narrow spout, vessels or through the incorporation of fretwork sections. Likewise some other colleagues, he is worried about the decrease over the last few decades of this artisan tradition that has left his village with a quarter of the potter’s workshops that it had in the 1970s.