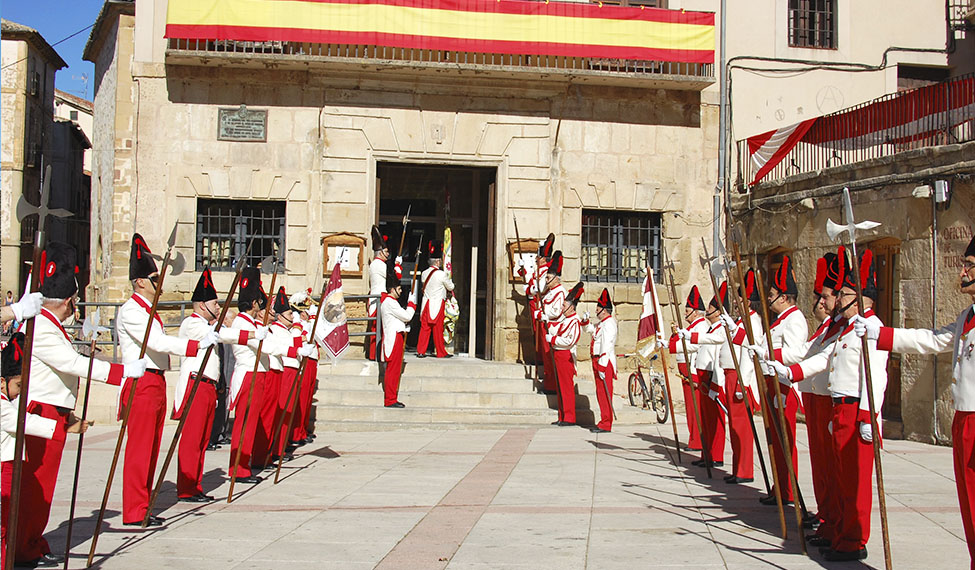 On July 15thin the afternoon, the knights of El Carmen Military Brotherhood, dressed up in an eye-catching white and red uniform, escort the image of the Carmen Virgin around Molina streets. We will differentiate the halberdier Squad and the Honor Guard by their white frock coats with red collars and cuffs, and by their high black morrion on their head. They also bearhalberds and pikes from the 16thand 17thcenturies. The trumpet and drum band wears red jacket. At the Town Hall palace they will keep vigil over the Banner, relieving each other every half hour, until 12 at night.

The origin of this Brotherhood dates back to the Molina’sFuero(regional code of laws) from the 12thcentury in which Manrique de Lara set the obligation to have a horse for those inhabitants who had some wealth. This squad of knights who defended the Manor lost its military nature with Doña Blanca, the fifth Lady of Molina Manor, who organized the Council of Knights as a religious brotherhood which has existed since then.

It is worth to wait somewhere along the itinerary between Santa María la Mayor de San Gil Church and the Town Hall Palace, to watch the eye-catching flag dace, with spectacular juggling carried out by the banner bearers.