Description of the party Heads and tails game | TCLM 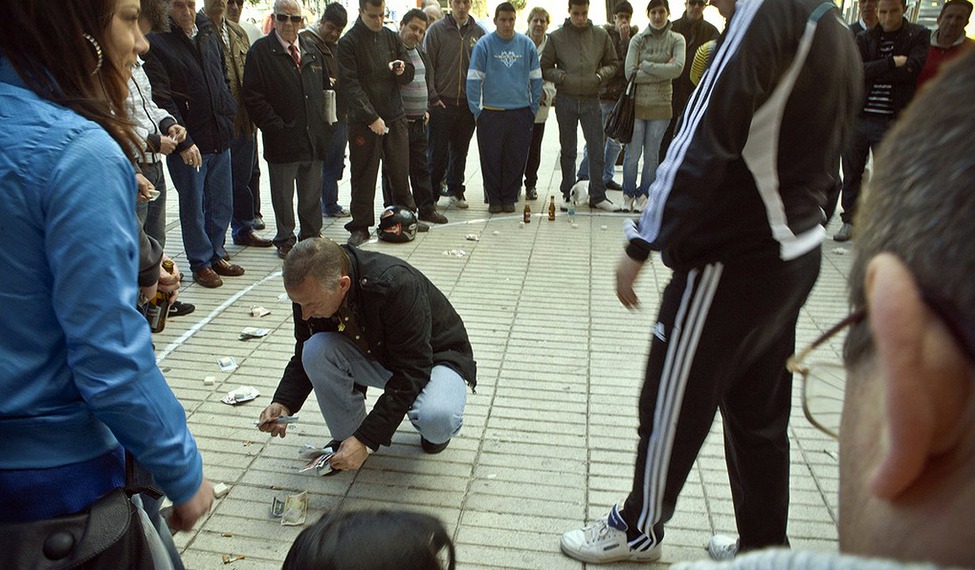 Many singularities characterize Calatrava Easter, and the Heads and Tails Game is one of the most significant. A tradition in all the villages which origin is connected to the reconquest carried out by the Order of Calatrava, it is in Calzada de Calatrava municipality where it is at its best.

It seems that the origin resides in the raffle of Christ tunic, which was not cut into some pieces but raffled among Roman soldiers at the base of the Cross.

The game starts with a ceremony in which auctioneers paint a big circle on the ground. The players are divided into "puntos" –the ones that bet - and "banca" –the ones that manage the won and lost money -.

The player leaves in the circle the amount of euro he wishes and thebanca, or betting pool, matches it. The auctioneer tosses two coins, usually copper and 10-cent, coined during Alfonso XIII reign. These coins are calledpiezas.

The visitor must take into account that ATMs in the municipality become empty due to the high interest for this game which, as well as on Friday of Sorrows, is now played every day during Easter. Just for you to know, game circles are formed at every street and anyone is invited to play.