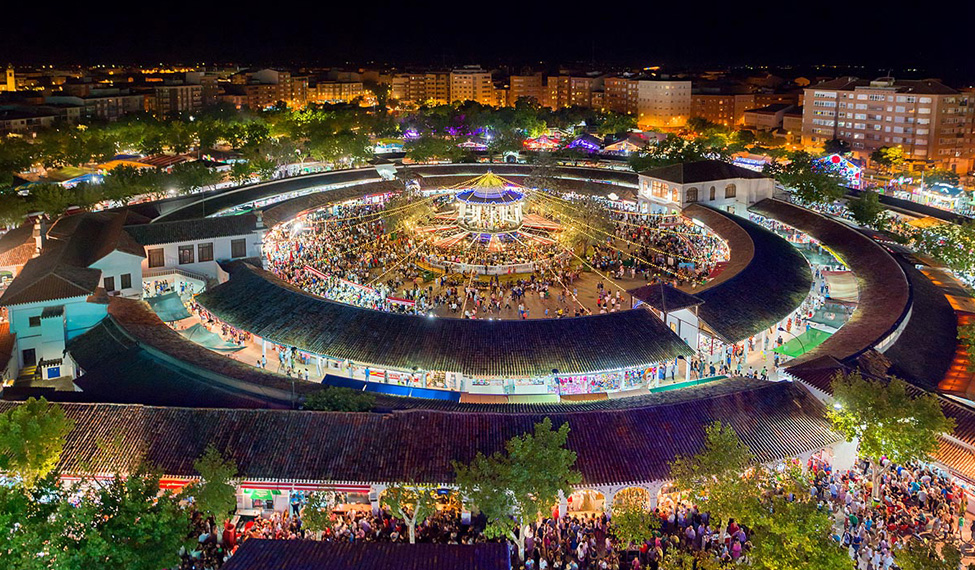 The grand Albacete festivity, known as the Fair, is linked to its fairgrounds, which the city already had in the 18th century. The opening parade, with regional costumes, music and food on the streets, takes there the Llanos Virgin, patron saint of the city. The Flower Battle is only the beginning. Afterwards, and during 10 days, the festivity goes on 24 hours a day with all imaginable activities, to suit all tastes and ages: concerts, bullfights, theatre, sports... and marquees open at any time.

The citizens from Albacete do not go partying but to the fair. Along with this personal way to name their grand celebration, they show such an open and welcoming spirit towards the traveler that anyone going to the fair feels quickly part of it.