Visit Natural park of the Sierra Norte of Guadalajara | TCLM

Natural park of the Sierra Norte of Guadalajara 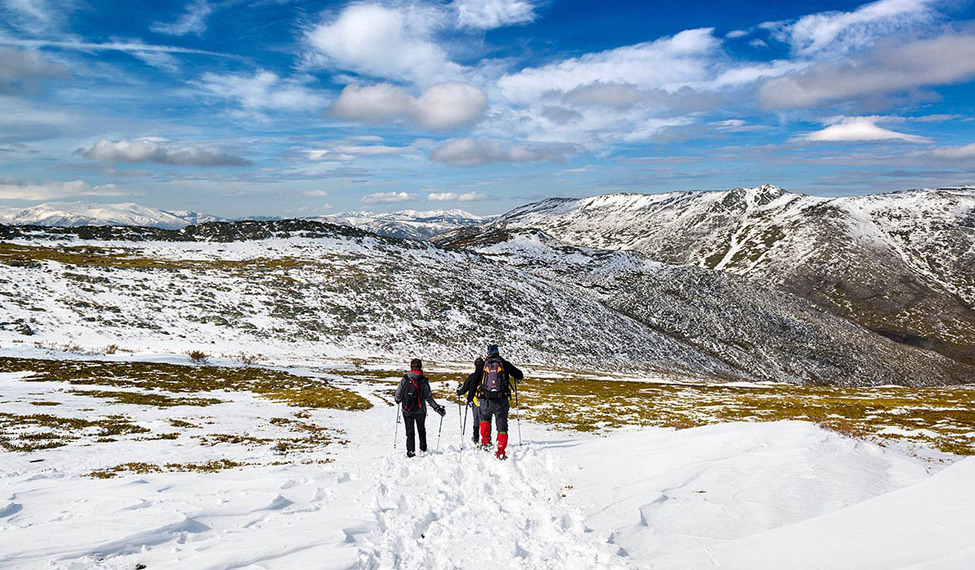 Sierra Norte de Guadalajara, also well-known as “Sierra de Ayllón”, is located in the Eastern sector of Sistema Central (the central mountain range) and occupies the northwest quadrant of the province of Guadalajara and includes 35 municipalities.

From the point of view of the landscape, the area includes unique mountain landscapes in Castile-La Mancha for its exceptional characteristics and their high naturalness. The constructions and buildings, in general, reflect the geology of the territory on which they are based. An example is the use of slates and quartzite in the denominated “arquitectura negra" (black architecture), element of the cultural heritage of high-priority conservation.

The area has an exceptional botanical importance, due to the ample number of Euro-Siberian species and communities, practically unique on a regional scale, like the beeches. Several of these species and communities are autochthonous of the Sistema Central. The great climatic variety which we found in the territory occupied by Sierra Norte de Guadalajara allows the existence of very diverse natural wooded formations, as well as "ribereñas" formations, associated to the fluvial courses, the formation of scrubs, the formation of vegetation, as well as of flora of acid peat bogs, in both cases with presence of a great number of protected flora species.

Sierra Norte de Guadalajara also has a great importance for its faunacommunities. Like the community of cocks-of-the-rock birds of prey, with populations of Bonelli's eagle, catalogued in Castile-La Mancha  as “endangered”, among others, as well as other groups of birds  associated to the habitat of high mountain, like bluethroat or the alpine accentor, or other less common species in Castile-La Mancha common rock thrush or red-backed shrike. Among mammals, the wolf, roe deer, Iberian shrew, snow vole, diverse Chiroptera forest and cocks-of-the-rock species and other species like the otter, beech marten, badger, the wild cat, the genet, etc. stand out. In addition, in the group of the reptiles, the Iberian emerald lizard, the European wall lizard or the European smooth snake stand out; in the group of the amphibians, the presence of the fire salamander and the marbled newt; and in the group of fish, trout populations.

The spectacular route of the “Arquitectura Negra” with Pico Ocejón, in addition to the most rooted traditions seen in the multitude of celebrations throughout the year, are two examples of the rich ethnographic and cultural heritage of these lands.